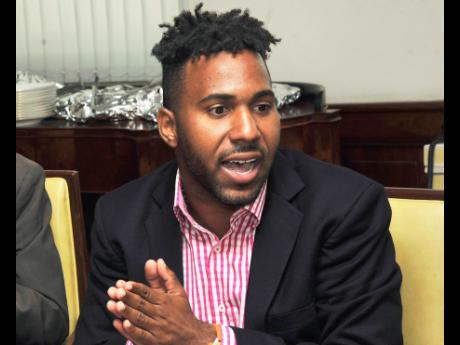 The Office of the Director of Public Prosecutions has recommended that the Parliament make it clear in law that knowingly transmitting a sexual disease is a crime.

Assistant DPP, Adley Duncan, said the offence exists at common law but there is no legislation explicitly stating that the act is illegal.

He made the recommendation this afternoon during a parliamentary committee reviewing Jamaica's sex laws.

Duncan said the position of the Office of the DPP stemmed from last year's case involving George Flowers, who was ordered extradited from Jamaica to Canada on allegations he knowingly transmitted HIV to four women in the North American country between 1996 and 2012.

Flowers reportedly fled to Jamaica in 2012, the same year Canadian police issued an arrest warrant and later an extradition request.

Jamaica and Canada have an extradition treaty, which has the DPP's office as the central authority or the representative of the requesting foreign state.

Duncan said an issue developed following the request in 2013 as Flowers argued that the offence was in Canadian law but not in Jamaica's and therefore by the rules, he could not be extradited.

The assistant DPP said prosecutors successfully argued that the offence is recognised at common law and the courts upheld the order.

He also noted that under Jamaica's marital rape law, knowingly or recklessly transmitting a sexual offence is a crime.

But Duncan said, making it clear in law that such an action is a criminal offence would remove any doubt.