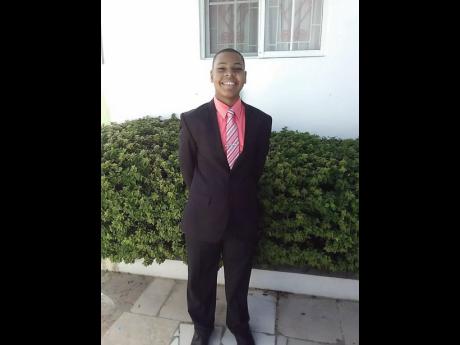 The competition is put on by the Math Department of the University of the West Indies and sees students at various levels and from schools across the country competing against each other.

Ritchie, who lives in the Springfield community, told Rural Xpress that he has been entering the competition ever since primary school and has placed third on numerous occasions.

"It was a teacher at my primary school that introduced me to the competition at that level. then, at the awards ceremony for that competition, I was told about the high-school level and that they had never had someone entering from St Thomas, so I decided I'd give it a shot," he said.

Despite the many attempts at the title, the math champ said it was his love for the subject that refuelled him each year.

Trying to explain the root of his love for math, Ritchie said he was "always good at the subject, but it was at one of the Olympiad workshops where a fire inside me ignited".

According to him: "I don't think anyone can come in contact with the beauty of mathematics and not be amazed by the amazingly complexed things we are able to do just by using a few, simple rules of logic. It really is amazing, I can't imagine life without mathematics."

The lover of math noted that the competition is a good way to attract students to liking the subject, but it would only reach those who are already interested in the field.

He further noted that math is not being taught in the right way, which results in the widespread disinterest in the subject among students.

"Math should be made to feel more like discovery and less like 'learn this rule because it is important'. Although I know this is time-consuming and difficult to do for every student, I do believe that we can work out some way to strike a balance and let kids realise math isn't hard. It should be more engaging even from an early level, feel less robotic and more like the 'ahah' feeling you get when you finally figure something out and knowing how to make it work.

"Also, simple changes, like a committed teacher who doesn't feel like they are teaching something they hate, can make a world of difference; like my teacher at school, Mrs Hyatt, who makes math seems fun (even the actually not-so-fun parts)," Ritchie pointed out.