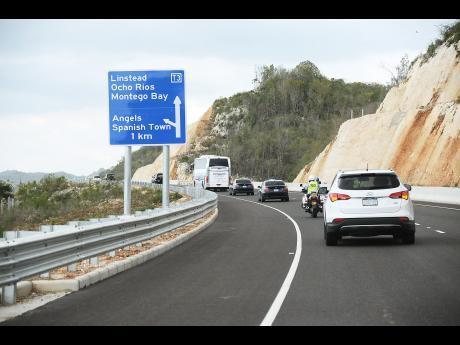 Parliament’s Public Administration and Appropriations Committee (PAAC) is demanding that the Transport Ministry roll back the temporary increase in toll rates on the North South Highway.

Users of the toll road have been paying higher rates since April after the transport ministry granted approval due to a coin shortage.

The ministry has now informed the PAAC that while the shortage has eased it will not ask the highway operators to revert to the old rates.

In a letter, the transport ministry told the committee that it is in the process of reviewing toll rates on the highway, which are to take effect in early September.

The ministry stated that to withdraw the temporary toll increases now and then announce new rates within the next six weeks will cause discontent among the public.

For that reason, the ministry says it has decided not to issue instructions to reserve the temporary roll rates.

Fitz Jackson said he was perturbed by the transport ministry’s decision.

Mickael Phillips questioned if the ministry’s decision was influenced by the two-month discount granted to motorists by the highway operators last year at the request of the Transport Minister.

The operators also decided against a toll increase last year.

McNeill said the PAAC will write back to the Transport Ministry asking that it reconsider its position.