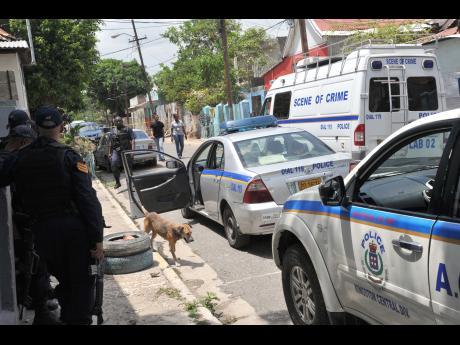 The Zones of Special Operations Act is now law.

Minister of Information, Senator Ruel Reid, says the legislation was published in the Jamaica Gazette yesterday.

The legislation represents the latest response from the Government to quell the spiralling murder rate.

There have been more than 700 murders across the island since the start of the year, with the majority of the bloodletting happening in St James, Clarendon, St Catherine and the Corporate Area.

The memorandum of objects and reasons of the bill blames the high crime rate in Jamaica on a combination of factors such as gang warfare.

The legislation allows the Prime Minister, on the advice of the National Security Council, to declare a zone of special operation in an area where there is rampant criminality, gang warfare, escalating violence and murder and the threat to the rule of law and public order.

It also provides the security forces with powers to search places, vehicles or persons with or without a warrant.

An area can remain a zone of special operation for six months.