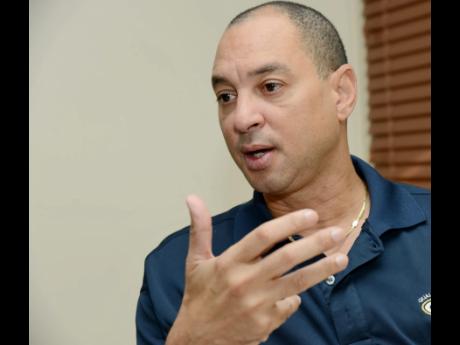 Male and female household workers such as gardeners, handymen, caregivers, nannies and cooks are eligible for nomination by their employers.

Employers are invited to nominate their household workers by telling, in no more than 200 words, why he or she is an excellent candidate for this unique award.

Nominations opened on July 1 and will close on August 1, 2017. The preferred method of submission is via the online portal at www.gracekennedy.com/householdworker or emailed to gracekennedy@gkco.com. Submissions can also be sent to the company's corporate offices at 73 Harbour Street, Kingston.

"We were inspired last year by the impressive nominations we received and are happy to host this competition in recognition of the important services that men and women who are household workers provide," said Don Wehby, group chief executive officer, GraceKennedy Limited.

Judges will choose eight finalists, four men and four women, with the top four winners chosen from that group.

President of the Jamaica Household Workers Union (JHWU) Shirley Pryce, will once again be among the panel of judges this year. Pryce, who was honoured by GraceKennedy at the competition last year, was also recently awarded the CARICOM Woman of the Year Award.

She was presented with the 12th CARICOM Triennial Award for Women, on July 4, 2017 in a ceremony at the 38th Heads of Government of CARICOM Conference in Grenada.

"Shirley is a Jamaican icon whose career has evolved over the years. As she has grown professionally, she has turned her knowledge, skill and influence toward empowerment of household workers in Jamaica and around the world," Wehby said.

In last year's competition, Michael Lawson copped the top prize while Denham Coke was his runner up, in the male category. In the female category, Millicent Clunis was awarded top prize and second place went to Elizabeth Watson Warren.

The GraceKennedy Heather Little-White Household Worker Award was inaugurated in 2014 in honour of the noted nutritionist, educator and healthy lifestyle advocate who passed away in 2013.