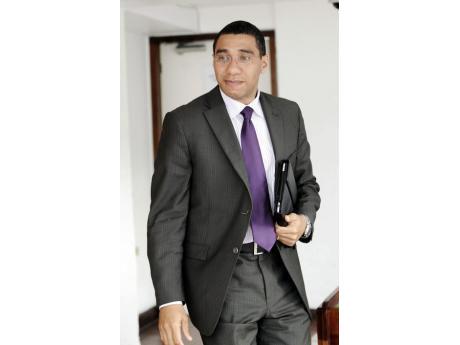 Prime Minister Andrew Holness says he’s to convene a meeting with Permanent Secretaries and Heads of Agencies to ensure that the necessary structures and support are in place for social intervention and development measures for when a zone of special operation is called.

The zones are to be used to restore law and order to crime-plagued communities and transform them through social intervention programmes.

A statement from the Office of the Prime Minister (OPM) says the Prime Minister made the decision at a meeting yesterday of the National Security Council called to discuss the next course of action now that the special zones legislation has been enacted.

OPM says Holness, who chairs the council, received presentations from the heads of the security forces on the preparations for the implementation of the Zones of Special Operations.

The legislation represents the latest response from the Government to quell the spiralling murder rate.

The legislation allows the Prime Minister, on the advice of the National Security Council, to declare a zone of special operation in an area where there is rampant criminality, gang warfare, escalating violence and murder and the threat to the rule of law and public order.

It also provides the security forces with powers to search places, vehicles or persons within without a warrant.

OPM notes that on Monday the Cabinet approved an additional $2.5 billion for the budget of the Ministry of National for zones of special operations related activities.