Immaculate - wrestling the forces of evil 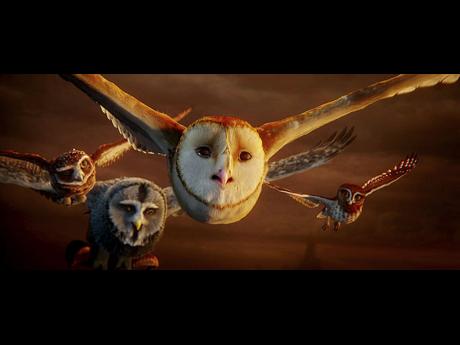 Giving her name only as Immaculate, a young believer in Christ shared a story of how demons possessed her home for eight years.

Describing the period as "most devastating", she explained how her little sister, only five years old at the time, was haunted by an unknown force that would compel her to speak unfavourable things over their lives.

"There were times the demon would speak through my little sister and he would say that he wants us dead. When my sister became sick, she foamed, she trembled and got very heavy. We had to be sleeping at various yards just to stay away from the scenario. We slept on the floor and in some of the most uncomfortable situations, where persons would step on us because we were in their way [and] taking up space," she said, adding that her family was once locked out and left in the rain.

Immaculate recalled seeking help from various hospitals and pastors, but none was able to aid the situation, with one church sister, who was regarded as a prayer warrior, encouraging them to take the little girl to see an obeah man - an idea they quickly dismissed.

"What's the point going there? If God can't fix it, then can an ordinary man do it?

"There were days the demon would talk through my sister and he would tell us his mission and what they paid him. There were times she would climb through the window, saying she's going to kill herself, and times my sister's bedroom would be so hot as if coals were burning in the room. It reached a point where we didn't have anywhere else to go because everyone was scared of the situation. They said they had never seen anything like it before," she said.

But, according to Immaculate, even as a young Christian at the time, she had to take matters into her own hand. This, she said, was her training ground.

The then 13-year-old said she cleaned up her life and began to prepare herself for the "intense warfare".

"There were times the demons would let her fight us off, and though she was a little girl, she fought like a wrestler. Sometimes, even five of us couldn't hold her down. I've witnessed my sister vomit out a purple fish before with a big eye. But each time she acted up, I would use my authority," she said.

Nine years later, Immaculate bravely professes that she is no longer a worrier, but a warrior.

According to her: "Today, at my presence, demons tremble. Today, the Lord can take me up and send me anywhere in Jamaica to deliver persons who are held captive by demonic spirits. My life has been transformed.

"Today, I want to encourage somebody that what you are going through is not to kill you, but to train you. The Lord desires to take you up to a next level, but in order to go to that level, you first need to conquer your situation. Today, I give God the glory. My name Is Immaculate and I'm a living testimony."