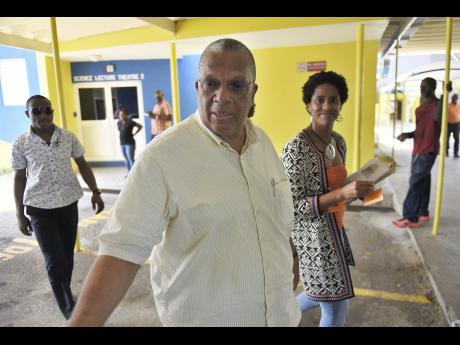 Gladstone Taylor
PNP President Dr Peter Phillips (forefront) arrives for the first day of the party's two-day NEC meeting at the University of the West Indies yesterday. At left is Phillips' chief of staff, Imani Duncan-Price. 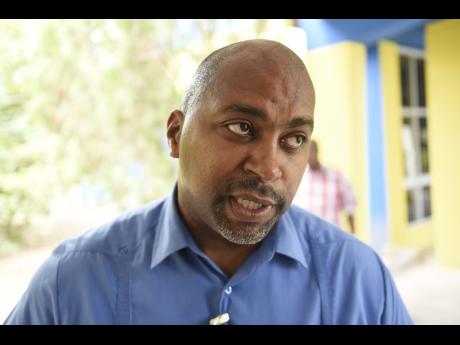 A last-ditch effort by the campaign team of councillor for the Payne Land division, Audrey Smith-Facey, to avoid a run-off with Angela Brown Burke, councillor for the Norman Gardens division, for the right to represent the People's National Party (PNP) in the St Andrew South Western constituency has failed.

The selection is set for next Sunday, with approximately 1,900 delegates on the voters' list.

Smith-Facey's campaign team had sent a letter to the party's general secretary, Julian Robinson, urging him "in the interest of fairness" to show the NEC the result of a poll which showed that Brown Burke lacked support in the seat.

The campaign team charged that the PNP secretariat had released "omissions and inaccurate information that if not corrected could prejudice the decision of the NEC".

In addition, the Facey team questioned why the party's executive would decide to reopen a nomination process that was already closed.

According to Smith-Facey's campaign team, "The disregard by an officer to the established conventions of the party has serious consequences for the future."

But yesterday, Robinson emerged from the NEC's meeting at the University of the West Indies, Mona campus, to tell journalists that all those issues were shared with the NEC, and still the council sided with the executive for a selection conference to be held.

"All the issues were before both the executive and the NEC, and given all those issues, a decision was taken by the NEC so we are moving forward," added Robinson.

According to Robinson, a voters' list has been prepared, with persons who wish to voice any objection having a week to do so.

"We will establish a period, which is a short period, because the selection conference is set for next week Sunday. We will give persons an opportunity, if there are objections, to indicate what their objections are and we will establish the administrative arrangements to hold the election," said Robinson.