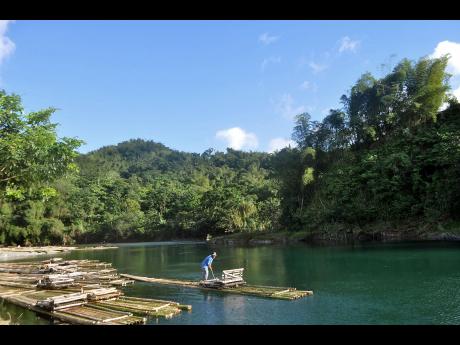 Operations have resumed at the Rio Grande rafting facility in Portland following an emergency meeting yesterday between the Destination Assurance Council (DAC) and raft captains.

The raft captains also called for the Tourism Product Development Corporation (TPDCo) to terminate the services of John Marsh, a consultant to the TPDCo, who they claimed was in collusion with the lawmen.

Yesterday, the approximately 67 registered raft captains raised several concerns and remained adamant that they would not back down from their decision to withdraw their services, as long as Mr Marsh remained attached to the attraction.

Lawrence Chisholm, president of the Rafts Captains Association, says he is satisfied with the outcome of yesterday's meeting. He says members of the DAC were understanding and listened keenly to their advocacy for health benefits, insurance and a payment increase.

Chairman of the DAC, Errol Hanna, says it is unfortunate that the raft captains had to resort to striking so that their concerns could be heard.

He says the council now has a clear understanding of the plight of the raft captains and that the situation warrants quick action.