Buggery is a moral issue and not a criminal one – Roper 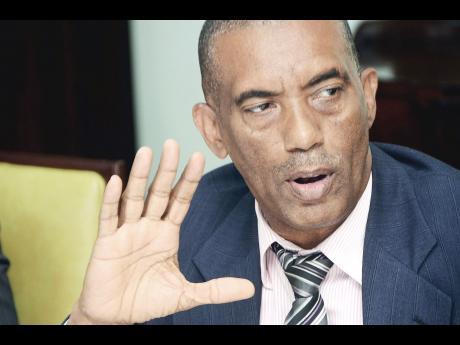 Another major figure within the church has come out in support of the removal of buggery from the law books of Jamaica.

President of the Jamaica Theological Seminary, The Rev Dr Garnett Roper, speaking on Independent Talk this morning, argued that the issue of buggery is a moral issue and not a criminal one.

As reported yesterday in The Sunday Gleaner, head of the Anglican Church in Jamaica and The Cayman Islands, Bishop Howard Gregory, broke ranks with many of his Christian colleagues and urged the Parliamentary Committee examining the Sexual Offences Act and related laws to recommend that buggery be removed from the law books.

While pointing out that the position was a personal one, Bishop Gregory said the State should not waste time with a referendum.

The clergyman said Christians should be careful not to believe that they should be the gatekeepers of the law against buggery to prevent the legalisation of same-sex marriage.

Roper agree with Bishop Gregory and says such a view by Christians is misplaced.

He points to the difference in how the rape of a woman and the sexual assault of a man are treated.

Roper says both acts are equally egregious and the law should be amended to reflect the seriousness of the crime in both instances.

Meanwhile, Chairman of the Jamaica Coalition for a Healthy Society Dr Wayne West is insisting that buggery should remain a criminal offence.

Also speaking on Independent Talk this morning, West maintained that decriminalising buggery will open the door to the promotion of homosexuality and same-sex marriage in Jamaica.