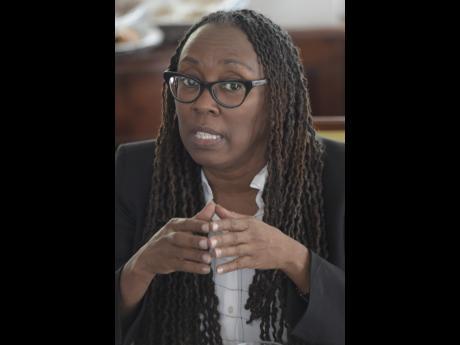 Civil society advocate Jeanette Calder is urging Jamaicans to target their elected representatives on social media as part of efforts to force Parliament to remove a provision in an anti-corruption bill that would allow the Cabinet to designate some contracts ‘confidential’ and require that investigators seek permission before starting a probe.

She issued the call this morning following The Gleaner's report in which the National Integrity Action and the Private Sector Organisation of Jamaica said the controversial section of Clause 52 of the Integrity Commission bill is unacceptable and should be removed.

The bill was approved in the Senate last week Thursday with 103 amendments which will have to get approval from the House of Representatives.

The House meets tomorrow where the changes could be considered.

Calder, a former co-executive director of the Jamaica Civil Society Coalition, says the provision is a travesty and Jamaicans should use between now and tomorrow when the House meets to push legislators to remove it.

Calder says the parliamentary opposition has questions to answer.

The House approved the legislation with the provision in January when no concern was expressed about it.

The civil society advocate says she cannot understand what the provision will solve.

When Leader of Opposition Business, Mark Golding raised the issue on Thursday, Kamina Johnson Smith, his government counterpart, told him that he, while in government, had presided over a parliamentary committee that accepted the provision.

But Golding said circumstances have changed and pointed to the questions raised recently by the contractor general about the Cabinet's award and subsequent role in the $606 million debushing programme.

The Cabinet is now meeting but it's not clear whether the issue will be raised.