Integrity Commission bill not on Parliament's agenda for Tuesday 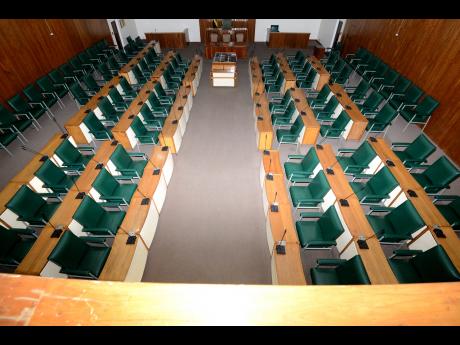 The controversial Integrity Commission bill that could allow the Cabinet to designate some contracts ‘confidential’ and require that investigators seek permission before starting a probe is not on the the agenda for Tuesday's sitting of the House of Representatives.

Gordon House released the agenda earlier this afternoon and the legislation was not among the items down for consideration although it could be taken during the meeting.

The bill was passed in the Senate last week Thursday with 103 amendments that require approval from the House.

MPs had approved the bill in January.

The Government is under pressure to change Clause 52 of the bill that lobbyists argue will undermine the fight against corruption by giving the Cabinet powers to shield any contract it wants from scrutiny.

Earlier today, civil society advocate, Jeanette Calder joined the National Integrity Action and the Private Sector Organisation of Jamaica in calling for the removal of the section of Clause 52 they say is unacceptable.

Calder says she cannot understand what the provision will solve and urged Jamaicans to target their elected representatives on social media.

When Leader of Opposition Business, Mark Golding raised the issue on Thursday, Kamina Johnson Smith, his government counterpart, told him that while his party was in government he presided over a parliamentary committee that accepted the provision.

However, Golding said circumstances have changed and pointed to the questions raised recently by the contractor general about the Cabinet's award and subsequent role in the $606 million debushing programme.