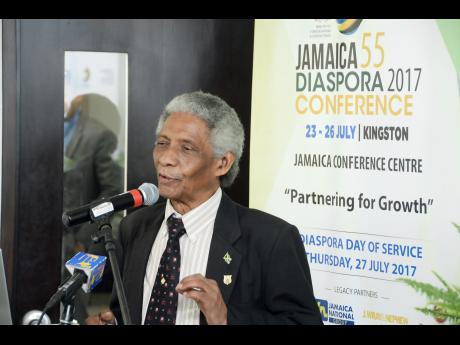 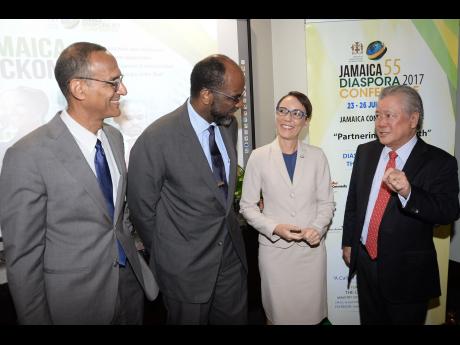 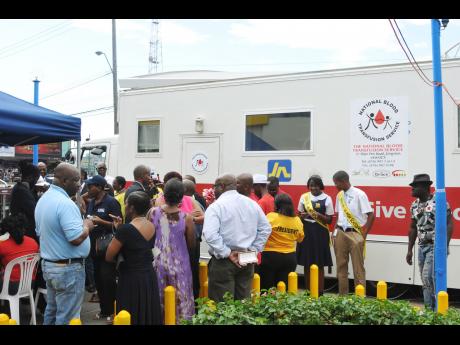 Contributed
Diaspora members in the United Kingdom, organized the donation of Jamaicas sole mobile blood collection unit, here in operation in Half-Way-Tree in 2016.
1
2
3

"We would like to move up the global curve in terms of positioning Jamaica to benefit more from its diaspora," stated Professor Neville Ying, executive director of the Jamaica Diaspora Institute (JDI). "We succeeded with the older generation, but less so with the second and third generations."

The country's challenge is to extend the good links established with first-generation diaspora Jamaicans, to the succeeding generations, he said. This is supported by a JDI study showing several countries that benefited more from their diaspora, because of effective and sustained engagement strategies.

Professor Ying was speaking at the recent launch of the study, at the JN Financial Centre in New Kingston.

The country has developed several institutions to engage with the diaspora, he pointed out. Foremost among these have been the biennial conferences at which diaspora members meet with national leaders to discuss challenges and opportunities.

"Other institutions developed to serve diaspora interests since the first conference in 2004 include: the Diaspora Advisory Board, the Diaspora Affairs Department in the Ministry of Foreign Affairs and Foreign Trade; along with the Jamaica Diaspora Foundation and the JDI, and the Joint Select Committee of the Houses of Parliament for Diaspora Affairs," he said, and noted, "These are some very, very important structures.

"We have done well in the philanthropic areas of health and education; but not as well in investment," he pointed out. By comparison, the JDI study of 15 countries with good diaspora-engagement strategies shows that they gained far more social and economic benefits than Jamaica.

One example of successful countries is Israel, which raised US$26 billion for infrastructure projects; and another is India, which controls 55 per cent of the global cut-diamond trade, due to support from their nationals overseas.

Earl Jarrett, chairman of the Diaspora 55 Conference, pointed out that, "We have spoken about the contribution of the diaspora, but we have never sought to measure it."

The chief executive officer of the Jamaica National Group further explained: "We want to count the diaspora's contribution, as it is said that 'what is measured gets implemented', therefore, it is appropriate that we carry out this exercise."

Preliminary findings from the study, being conducted by the Caribbean Policy Research Institute and the JDI, are to be revealed at the Jamaica 55 Diaspora Conference, which started in Kingston on Sunday and ends tomorrow. The theme is 'Partnering for Growth'.

Senator Kamina Johnson Smith, minister of foreign affairs and foreign trade, has said that this year's conference would be used to extend the partnership between Jamaica and its diaspora community.

"This year's conference is geared at maximising the untapped talents of residents in our diaspora," she said. It is aimed at "creating new frameworks for their continued engagement, while charting new pathways for further participation in our country's development."

Information and expertise will be shared, and diaspora members will be exposed to opportunities in the country, during the conference, she explained, pointing to the options available in agriculture, nutraceuticals, and tourism, as well as the cultural and creative industries.

Taking the opportunities in agriculture as an example, she said that communities in the United Kingdom, United States of America and Canada have provided important marketing opportunities for exporters of yam, callaloo, ackee, breadfruit and dasheen, along with other produce.

"Our Jamaican nationals overseas have provided an important niche for non-traditional products," Smith pointed out. "The diaspora is a key partner as the Government charts the way forward for sustained and inclusive economic growth."