Use graveyard period to prepare for hurricanes - ODPEM 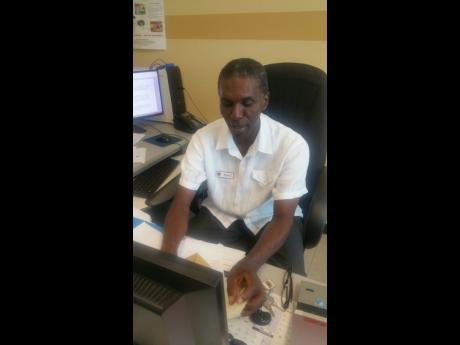 Regional coordinator at the Office of Disaster Preparedness and Emergency Management, Roland Haye.

The Office of Disaster Preparedness and Emergency Management (ODPEM) is advising householders and property owners to take advantage of the hurricane 'graveyard' period, from June to late August, to carry out inspections and repairs ahead of the active phase of the season.

The 2017 Atlantic hurricane season runs from June 1 to November 30 each year.

Regional coordinator at ODPEM, Roland Haye, said that for the first three months, weather systems that are formed usually break down and die in the southern Caribbean, hence the period is referred to as the graveyard for most storms.

"That's why now is a good time to carry out any preparations in earnest," he says.

He explained that systems that are formed in this early period are usually affected by layers of dust from the Sahara desert, which have a negative impact on storms.

He said that wind shear, which is the variation of the wind's speed or direction over a short distance within the atmosphere, can also rip storms apart, preventing them from forming.

Additionally, Haye noted that this time of the year, there is less moisture in the mid-atmosphere to support a storm. "They will form in the Atlantic, but once they enter the Caribbean, particularly the southern Caribbean, the conditions are not there for them to develop further. It is for that reason I would advise people to carry out the necessary preparations now," he says.

Later on in the season, from late August to mid-October, is when the region is more likely to be hit by a hurricane, as storm systems have more favourable conditions to develop.

As such, he stressed, adequate steps should be taken now so that by the end of August, all will be in place to mitigate any eventuality.

According to regional coordinator at ODPEM, Roland Haye, hurricane preparations should include securing roofs. He says it is important that the base of the roof structure, which is where the hurricane straps should be placed, is properly fastened.

The roof sheeting also needs to be secure.

"What people have been doing is moving away from zinc nails and using screws, because the screw will give you a better purchase in the wood than the nail," Haye pointed out.

He said persons should also look out for nails that protrude through the roof truss and rafters.

Haye said windows are another potential area of weakness and should be properly sealed.

"If you can't afford commercial materials to carry out sealing exercises, then during a hurricane, try using old newspaper to stuff holes and spacing around windows. That actually works because if the wind can't get inside, then you have a better chance of not getting wet or your roof lifting," he pointed out.

Another strategy that can be employed, Haye added, is to leave a window ajar or open on the opposite side of the direction of the wind. This, he explains, allows for equalisation of the pressure on the outside with that on the inside, preventing the explosion of glass windows due to built-up pressure.

The regional coordinator further advised persons living in flood-prone areas to take extra precaution and always be on the lookout for rising water levels.

"Keep a sharp lookout and leave before you are unable to. If you have a neighbour or friend with a more secure home than yours, use the time to make arrangements," he says.

He also advised people on medication to ensure that they have at least two weeks' supply. "Don't wait until the last dose to go and get a refill," he said.

- For information on disaster preparedness, persons can contact their local municipal corporation or the ODPEM at 2-4 Haining Road, Kingston; telephone 906-9674.