Bar Association hits back at Golding 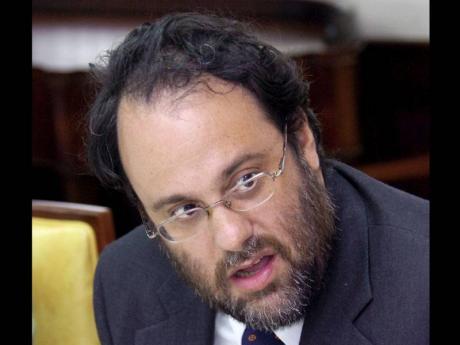 Golding argued that Jamaica has to eliminate the potential risk of financial crimes and urged the bar association to come to the Government with a workable solution instead of going to court to block the legislation.

Jamaican Bar Association has hit back at Opposition Senator, Mark Golding, who took the association to task for its legal challenge to the Proceeds of Crime Act (POCA).

In a media interview this week, Golding, who is also an attorney at law, argued that the bar association should put the country first and avoid being myopic for its own interest.

The bar association currently has an appeal against the Government before the Court of Appeal.

The Government is proposing amendments to POCA to further align Jamaica with the international fight against money laundering and terrorism financing.

The proposed legislation will require attorneys to, among other things, report financial and commercial transactions by and on behalf of their clients.

Golding argued that Jamaica has to eliminate the potential risk of financial crimes and urged the bar association to come to the Government with a workable solution instead of going to court to block the legislation.

But, the bar association insists that the legislative change is a threat to every Jamaican’s Constitutional rights and cannot be allowed to go unchallenged.

The association says it will not accede to expediency.

It argues that in the say way that the State is resolved to effectively go after dirty money it must equally be resolved to do so in a manner that is least intrusive.

The bar association further contends that the proposed legislation overreaches on attorneys and their practices, emphasising that the association does not support turning lawyers into police agents.

Meanwhile, the bar association says its subcommittee is working on giving the Attorney General and the General Legal Council its position on the type of regulation that can be achieved without contravening legal professional privilege and sacrificing client’s Constitutional rights to privacy.