Jamaicans give top ratings to workforce in poll 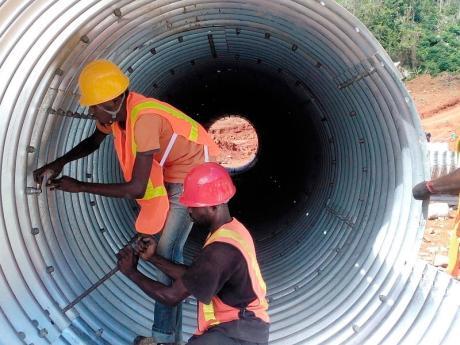 A majority of Jamaicans believe that Jamaicans workers are better or are more reliable than the rest of the world.

This was the finding of a Gleaner-commissioned Bill Johnson poll conducted islandwide from June 9-11, among 1,500 respondents.

The survey, which has a sampling error of plus or minus two per cent, found that 72 per cent of respondents believe that Jamaican workers are better or are more reliable than others in the world.

Nine per cent said Jamaican workers were worse or less reliable than workers in the rest of the world.

Fifteen per cent regarded Jamaican workers as being on the same level as other citizens and four per cent said they did not know.

The poll also found that 83 per cent of the respondents view Jamaicans as good, reliable workers.

Ten per cent said they did not believe that Jamaican workers are good or reliable.

Four per cent said they did not know.

For Chief Executive Officer of Manpower & Maintenance Services Limited, Audrey Hinchcliffe, the poll results are a true reflection of the local workforce arguing that most Jamaicans are hardworking, dedicated employees.

Hinchcliffe, who is a former president of the Jamaica Employers’ Federation, also believes that, for the most part, Jamaican workers are highly valued and that’s why citizens in certain fields are actively recruited for overseas employment.

She adds that in general Jamaican employees excel both at home and aboard.