Do more for the poor, Bishop Craig Brown challenges the Church 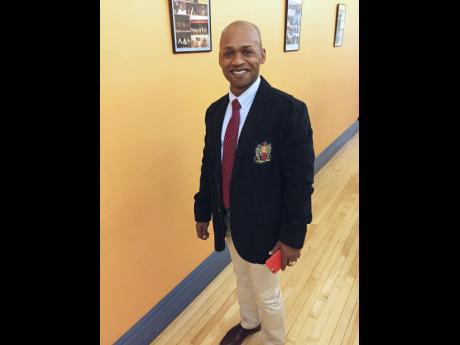 Chairman of Zion Care International (ZCI) Bishop Craig Brown is challenging the Church in Jamaica to invest in the human capital and do more to help the poor.

Brown, who is heading a ZCI medical mission to Jamaica that generally provides medical, dental and optical care to underserved communities, said churches would do better to invest funds in schools for children rather than in monumental structures.

Remaining consistent with views he has expressed over the years, Brown told Family and Religion: "There are some who would say that I should pay attention to the Church, and I would tell them that this is the Church the cause of the poor is the Church, the concern of the dispossessed and underserved is the Church.

VIBRANT OUTREACH A MUST

"Any church out there that doesn't have a vibrant outreach programme isn't the Church of God because the underserved and the dispossessed were who Christ was most concerned about, so I would encourage other churches to redouble their effort in providing services to the poor and providing opportunities to the poor. Let us, as I've always advocated, invest in the human capital, rather than monuments, which, in many instances, are for our honour and our glory and not God's."

Brown said that the work of the Church is supposed to focus more on those who are outside, rather than inside.

"The people in the Church are supposedly converted, so how do you convert the converted?" he questioned.

"The true challenge and work of the Church is outside the Church, so I would encourage every pastor, deacon - everyone who considers himself/herself Christ-like to get involved in an outreach and to really invest their time and the Church resources in making people better."

"Just think about the many churches that have gone up in the last 10, 15 years. What if those funds were used to build early-childhood institutions? We would be investing in a generation to come," Brown argued.

Brown also suggested that the Church has a role to play in combating crime and violence in Jamaica.

"We talk about crime and violence, but we're not really addressing the issue of what are the causes of this violence. And the Church has a role to play. The Church can no longer, in its own hypocrisy, cherry-pick issues that it wants to champion. The Church has to champion the right of the poor to exist, and not only to exist, but to lead meaningful lives; and that is challenging the Government and the private sector when they abuse the rights of the poor. The Bible tells you to put on the armour of God, and if you are truly a godly person, then put on that armour and challenge the status quo."