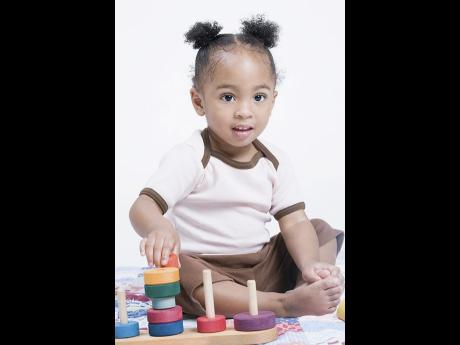 Sherdene Ferguson recently had her heart ripped from her chest and almost suddenly had it replaced.

It all started last year when she noticed that her daughter and only child had two lumps on the sides of her neck.

Ferguson said that her daughter, who was pregnant at the time, was taken to a doctor to do a few checks.

When the doctor admitted that he did not know what the lumps were, the two were sent to the Kingston Public Hospital to further examine the lumps.

"They cut the neck and took out a sample which was sent to a private lab to be tested. The results came back inconclusive.

"Another sample was taken and, this time, sent to Miami to be tested. When the results came back, they said she had a type of blood cancer called Hodgkin's Lymphoma," she said.

Ferguson explained that the doctors wanted her daughter to terminate the pregnancy, but she was adamant that she would carry her baby.

"She got worse. She could not breathe on her own. She was short of breath and had to be admitted to the hospital. She was in there for three months when they had to do an emergency surgery to take the baby from her," she said, adding that the baby was seven months old at the time.

Ferguson told Family and Religion that her daughter died a few hours after the surgery, a loss that devastated her. But little did she know that she was about to be overcome with love a short while after.

According to her: "To be honest, I didn't know that the baby would live. He is a miracle baby! At first, people were telling me that I would never get that baby because he will be in hospital for months or that he would not make it.

"He was in hospital for about a week when I got a call to come for him. I began crying when they called me. And when I saw him, I couldn't look at him without crying. Even now, when I look at him, I get emotional."

She said she believes the baby boy was produced to fill the gap her daughter had left.

"My love for him has no end! He's my world and my lifeline. He's everything to me, right now. I feel like I delivered him from my own womb and, right now, we have a connection like no other," she said of her three-month-old grandson.

According to her: "This baby is a gift to take my daughter's place in my life."