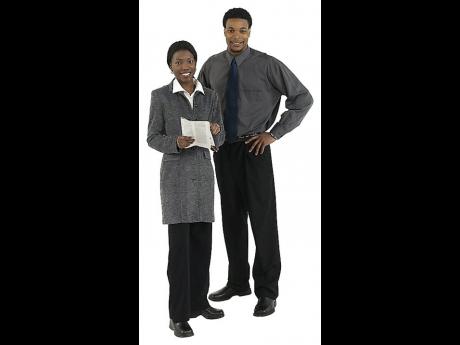 Junior and his wife, Sherry*, have a beautiful relationship. They share an undying love and can often be seen everywhere together, except at church.

Junior is a member of an Apostolic Church; his wife, on the other hand, attends a Church of God and Saints of Christ institution.

Speaking with Family and Religion, Junior explained that they grew up in separate institutions, so when it was time to get married, there was a bit of a stalemate as it is the belief that a married couple must share similar principles and attend the same church.

"This had two years of discussion with even our parents and church leaders involved. Some hard prayers went into it and we were even shown instances where persons have tried it and it failed, and others who it worked for.

"However, we got the blessings of our parents and church leaders, so we decided to go ahead with it because God must have a reason He placed us in this position," he said.

Junior noted that the church his wife attends shares a lot of Jewish practices and worships on a Saturday, whereas services at his church take place on a Sunday.

The day of worship is but one of their disagreements.

"Like baptism and receiving the Holy Ghost, my wife believes that we should get baptised in 'the name of the Father, Son, and Holy Ghost' (Matthew 28), whereas we believe in baptism in Jesus' name (Acts 2)," he said of differences in their faith.

Junior told Family and Religion that despite this, Sherry has been very open to visiting and taking part in his church activities, though he is not as inclined to return the courtesy.

According to him: "She's more active at my church than I'm at hers and she comes more than I go. She's there even twice a month on Sundays and anything else we're having, she's always there and will even take part.

"I don't really do that and I want to try do the same, but it's not easy for me, so I just do my regular 'drop off and pick up' when she's going to her church."

And although he admitted that he is willing to go wherever God leads him, Junior said he doesn't think that he'd be led to attend his wife's church.

"I don't think God would move me away from my ministry as I have no doubt He has called me for that," he said, revealing that he ministers through the playing of instruments, while Sherry's church does not use music.

Despite putting the differences aside and getting married, Junior said there is still one hurdle that they will have to cross in the near future.

"That's when children come in. We've had a lot of discussion on that as well. She wants our children to play music like I do, but she'd want them to come to church with her. I feel a problem there, but time alone can tell that part.

"But I strongly believe love can move mountains. We only live this life once and it's worth spending it with someone who makes you have no regrets," he said.