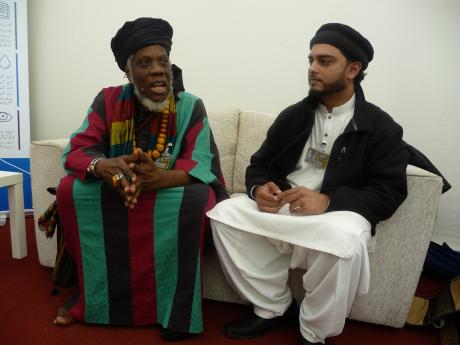 Corey Robinson
Dub poet Mutabaruka (left) and Umair Khan, missionary in charge of the Ahmadiyya Muslim community in Jamaica, discuss religion during the opening day of the annual Muslim convention in London, England. 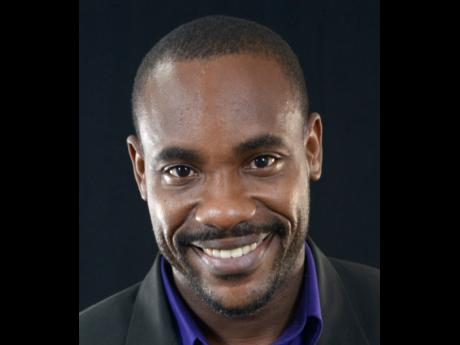 Umair Khan, missionary in charge of the Ahmadiyya Muslim community in Jamaica, is convinced that the island stands to benefit from cultural and religious diversity, and that is what his group is trying to bring to the island, which is highly respected among the Muslim community in London, England.

"When we came into Jamaica and our mosque was built in 2011, we noticed a lot of hesitation, and we realised that one of the reasons for that was a lack of understanding," said Khan.

"As Muslims, we have two responsibilities. One is to worship God and also to treat and service His creation with kindness and love regardless of skin colour and race. People are starting to see that and we are seeing the hesitation slowly going down," Khan told The Sunday Gleaner following the opening day of the 51st staging of the Annual Convention (Jalsa Salana) of the Ahmadiyya Muslim community in the United Kingdom last Friday.

ISLAM'S MESSAGE IS FOR JA

Khan said that Islam teaches messages of peace, love, patience, and humility, which he believes can assist in turning Jamaican youngsters away from crime and aid in remedying many social ills on the island.

But he accepts that it will take lots of time and effort.

"Nations cannot be reformed without the youth, and we are seeing where the young people of Jamaica need more attention. They are coming from broken homes, without father figures and need role models," said Khan.

He added that strong values are what the Muslims are trying to instil in youngsters in Old Harbour, St Catherine, where their mosque is located.

He told our news team that the title 'Christian nation' does little to describe the Jamaican reality.

"When you have prayer breakfast is only Jesus alone them allude to, when it is supposed to be an inter-religious thing for Jamaica," said Mutabaruka, who was slated to bring greetings to the convention.

"Maybe you are an atheist, maybe a Rastafarian, but you have to conform to the Christian perspective.

"That is really a problem where the society has still not recognised that it is a multicultural and multireligious society that we live in," he added, as he argued that "Jamaica is not a Christian society ... if it was, what we are seeing in terms of crime and violence wouldn't be taking place," he argued.

The three-day conference is expected to pull some 35,000 visitors from across the world, some of whom on the first day braved rainfall, cold, overcast weather, and muddy terrain to participate.