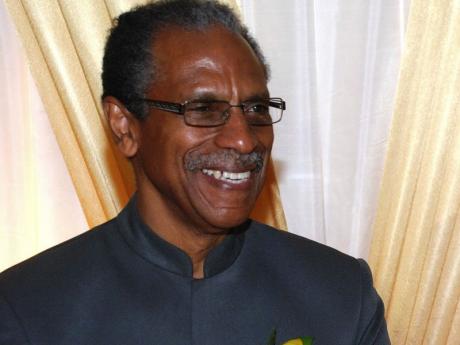 Bain ... to receive $4.72 million in lieu of notice of the termination of his contract and any other sum that may have been withheld by the UWI.

The Full Court has ruled that the termination of the contract for University of the West Indies, (UWI) Mona consultant, Professor Brendan Bain, was a breach of his right to freedom of expression as guaranteed in the Charter of Fundamental Rights and Freedoms.

The Full Court also ruled that the university must pay Bain $4.72 million in lieu of notice of the termination of his contract and ordered that any other sum that may have been withheld should be paid.

The ruling, handed down a short while ago, comes a year and a half after Bain sued the university for $40 million in damages for defamation, arising from the May 2014 termination of his two-year contract by the UWI.

This afternoon, Bain said he was relieved that the matter is now over but asked for time to study the judgment before making any further comment.

In addition to the defamation award, Bain was seeking nine months' salary for breach of contract, which he said was the time left in the contract.

He was also asking the court to award him US$37,000 for the three months' notice of the termination of his contract as the university had only given him three weeks notice instead of the three months notice stipulated in the contract.

Bain, who was the director of Caribbean HIV/AIDS Regional Training Network when he was fired, asked Justice Lennox Campbell, Justice Paulette Williams and Justice Frank Williams to make substantial awards for constitutional and vindicatory damages.

Bain was fired by the university on the grounds that his constituents had lost confidence in him after he gave an expert report in a court in Belize.

A church group opposed to a court case brought by a gay man who was seeking to challenge the country's Buggery Law had asked him to give the report.

Bain is contending that he was fired because of the report which was in favour of the gay man.

Queen's Counsel Hugh Small had argued that the university had always maintained that Bain was entitled to give the expert testimony.

But Bain's lawyer Gibson Henlin submitted that the sole group claiming to have lost confidence in Bain was one civil society group, but more specifically men who had sex with men.

She said the statement made by the university that he had lost the confidence of a significant sector of the community the programme was intended to serve was false.