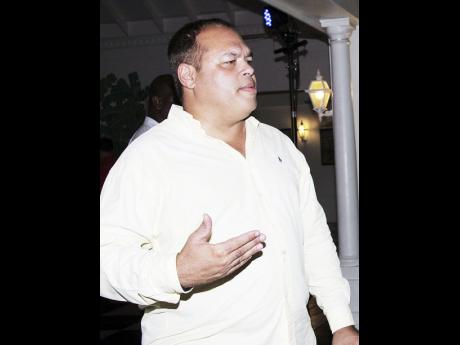 Ian Dear, the newly installed chairman of the Tourism Product Development Company (TPDCo) has identified the revitalisation of the Montego Bay 'Hip Strip' as the number-one priority during his tenure as head of the state agency.

To that end, Dear is appealing to stakeholders to embrace a public-private partnership approach to return the popular entertainment strip to its glory days.

"I have been operating on the Hip Strip for the past 23 years as Margaritaville, and what we have seen over time is a steady decline in the overall experience on the strip," said Dear, who was speaking at the Montego Bay Chamber of Commerce and Industry's Invest MoBay Breakfast Forum on Friday. "If there is one thing I will achieve at TPDCo, it will be the revitalisation of the Hip Strip in Montego Bay."

Dear's ambitious endeavour, which fits perfectly with the 'Unlocking the Opportunities in Tourism - Reviving the Hip Strip' theme of the breakfast forum, said that as a Montego Bay native, he feels duty bound to do his best for the western city.

"I am an investor in almost every resort town, but the thing is that I born a Bay," said Dear, who is also CEO, founder and chairman of Margaritaville Caribbean Limited. "I am here. This is where my heart is. We have to get Montego Bay right, and it is not right, right now."

The 'Hip Strip', which was created around the concept of offering visitors to Montego Bay ultimate round-the-clock activities, inclusive of lavish eateries, sports bars and popular nightspots, is now struggling to recapture the allure of yesteryears.

Like newly installed chairman of the Tourism Product Development Company, Ian Dear, the Government has suggested a public-private partnership effort in the economic restructuring of the area to give it a distinctive look and to recapture the glory days.

However, businessman Robin Russell, who operates several establishments along the corridor, including the recently renovated Deja Resort, says that anti-harassment measures must be established, even among authorised operators in the area.

"The truth be told is that we have to get serious about security and harassment," said Russell. "What we have realised through studies is that 70 per cent of the harassment comes from authorised vendors, taxi operators, shop owners and craft vendors."

Russell also believes that any restricting exercise must address the layout of the various offerings along the Hip Strip, which should be pedestrianised at specific times, while each operator must agree to remain open to facilitate those visitors that will be in the area after the regular work hours.

Russell said the Noise Abatement Act needs to be re-visited in an effort to create the scope for the strip to stay alive for longer hours.

"We need to zone these areas so that someone that lives on Cornish Road cannot call and lock down Margaritaville with 1,000 people in it at 10 o' clock because they want to sleep," said Russell. "We have to get serious if we are asking for people to invest their money. The Hip Strip needs direction, and the direction must come from the parish council and Government."