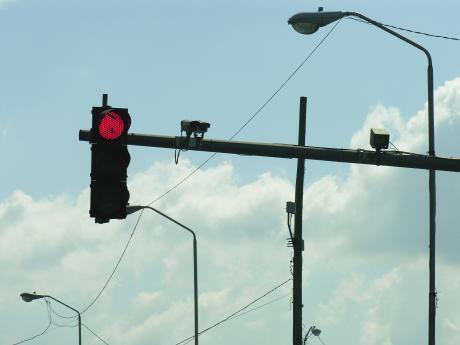 The National Works Agency (NWA) is advising that seven intersections along Marcus Garvey Drive in Kingston are now controlled by electronic signals.

Communication and Customer Services Manager at the NWA, Stephen Shaw, says the lights were commissioned over the weekend as part of efforts to improve the safety of commuters.

Among the Marcus Garvey Drive intersections which are now controlled by electronic signals are the ones with East Avenue, Petrojam gates three and five, and Greenwich Town.

Shaw says an additional traffic signal will soon be commissioned into service at the Pechon Street intersection.

He is reminding road users to obey the speed limit along Marcus Garvey Drive and urges pedestrians not to climb over the median barriers but to use the facilities that have been provided for them to safely cross the busy corridor.

Shaw also says all the intersections have been equipped with a push button system, which will changed the lights for vehicles to stop so that pedestrians may cross the road.

He is reminding motorists that U-turns should not be made outside of the designated areas.

Marcus Garvey Drive is being rehabilitated at a cost of US$20 million.