'Don't forget the sacrifices of those who gave their all' 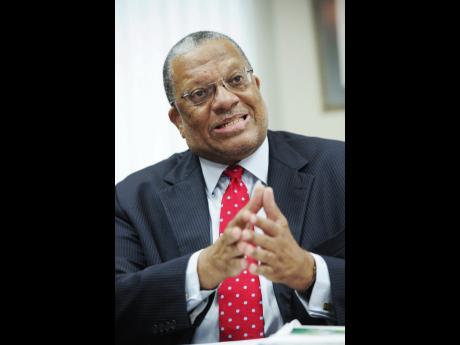 Opposition Leader Peter Phillips said that it was unfortunate that 183 years after "so-called" full freedom, some 700,000 Jamaicans have no legal ownership of the land on which they and their families have lived and worked for successive generations.

Phillips, in his Emancipation Day message, said that it was for this reason that he recently established a Land Commission to prepare a policy framework that will establish a legal pathway to a land title for those Jamaicans who are still squatters in the land of their birth. "This is the commitment of the Opposition when next we form the government," he said.

He said, too, that the minds of Jamaicans remained shackled. "Unfortunately, while we have achieved legal freedom, there still persists a slavery of the mind," Phillips said. "It was this condition that led National Hero Marcus Garvey to recognise the need for 'emancipation from mental slavery'. As Bob Marley said 'none but ourselves can free our minds'."

He urged Jamaicans to never forget the sacrifices and the efforts of those who gave their all in order to build a Jamaica that offered opportunity for all the people, and where families and communities live in harmony with each other free from crime, corruption and oppression.