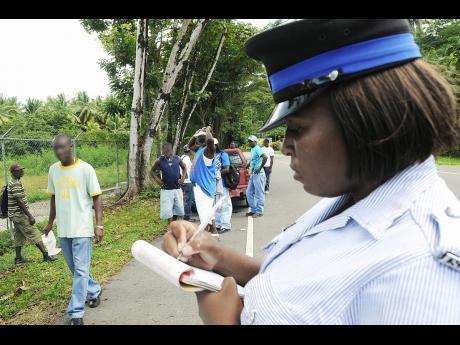 The first day of the three-month traffic ticket amnesty ended yesterday with only a few making use of the opportunity in its early stage.

In anticipation of the usual late rush, Tax Administration Jamaica (TAJ) has scheduled extended opening days at eight of its collection centres to manage the flow during the closing days of the amnesty period.

TAJ's systems have been updated to allow payments for outstanding traffic tickets, dating back to September 2010.

Meanwhile, the island’s top traffic cop, Senior Superintendent Calvin Allen is urging persons with outstanding tickets to make use of the amnesty.

He says doing so will make for a clean slate in time for the roll out of the new Road Traffic Act.

Persons who cannot afford to make a one-time payment will benefit significantly during the amnesty period, as they can make payments over the life of the amnesty.