Education Minister withdraws 'extortion and corruption' comments made against some schools 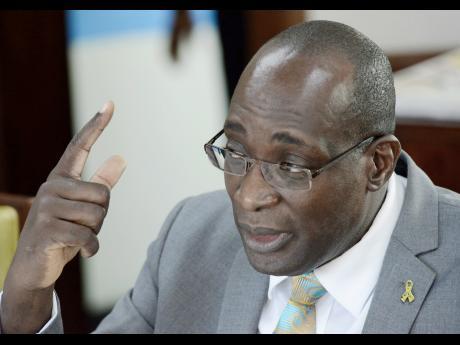 ​Education Minister Senator Ruel Reid has bowed to growing pressure and has withdrawn his controversial comments which characterised the practices of some school administrators as corruption and extortion, due to their decision to charge auxiliary fees.

Following the push back, Senator Reid, in a tweet last evening, said he had withdrawn the reference of extortion and corruption in relation to the breach of the non-mandatory fees policy.

The Jamaica Teachers Association (JTA) had taken issue with Senator Reid's statement and had called for him to withdraw the comments.

It said the education minister's comments would serve no useful purpose other than to create animosity and confrontation and could also destroy the integrity of school boards and administrators.

Senator Reid's comments also saw him being labelled a bully by the opposition spokesman on education, Ronald Thwaites.

Reverend Thwaites, also accused the education minister of trying to intimidate school administrators and of treating them like scammers for merely trying to keep the doors of their institutions open.

According to Reverend Thwaites, a government minister who defiantly abuses and defames school leaders and volunteers who serve on school boards is not worthy of his office.