... Still seeing the big picture - School for the Blind pushes students towards the sciences 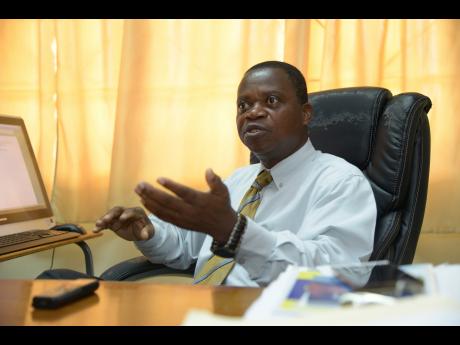 Ian Allen
Iyeke Erharuyi, Principal of the Salvation Army School for the Blind. 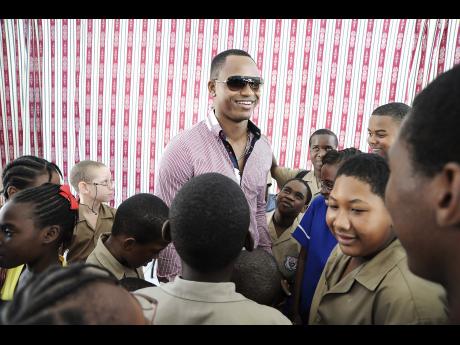 Ricardo Makyn
Jamaica and West Indian Cricketer Marlon Samuels with students of the Salvation Army School for the Blind.
1
2

A fear of mathematics had pushed several blind students to pursue studies in the arts and humanities traditionally, but with several unable to get jobs in these areas, administrators of the Salvation Army School for the Blind and Visually Impaired are pushing for more of those with visual impairment to study the social sciences instead.

"It is a challenge for us to introduce our students into the sciences and social sciences because of the technicalities involved in the subject. We realise that if we want our students to be marketable, we cannot continue to do the humanities or arts," said principal of the school, Iyeke Erharuyi.

He said that some blind people express a fear for mathematics and statistics because that is the general attitude displayed by those who can see.

"Those of us who are sighted, we tend to overblow this kind of thinking. 'Oh my God, this is so difficult', so they copy from that," said Erharuyi.

"If you can see those graphics and you are still complaining, what about those who can't see at all?" he asked.

In an effort to get more students to appreciate the subject, the school employed a mathematics teacher a few years ago with the help of the Ministry of Education, and a structured mathematics classroom was established.

The effort is bearing fruits as a few of the students are now pursuing degrees in areas such as finance and banking and marketing at university.

"That has never happened," said Erharuyi. "Some of them are now realising that these subjects are not as challenging as they were told," added Erharuyi.

He is hoping that this new focus will help more of the school's graduates to get jobs, although the unemployment rate is already high among youths. He said some blind people are turned down from jobs just because of their disability.

According to Erharuyi: "We need to educate the society about persons with visual impairment. It is just visual impairment, they are not cognitively impaired. They do much more, even better than us who are sighted, so they can function," he asserted.

He said that they often show the students video clips of blind doctors, for example, in the United States, and encourage them to pursue careers in the sciences. However, in reality, the resources are not necessarily available to help these students venture into these technical areas.

"A school like our own, we still need to develop the infrastructure like the laboratory. We need to do it and we need to look for these assistive technologies that aid and support students who are blind to be able to do this," he said.