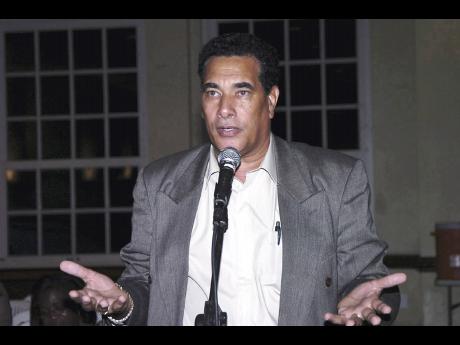 Despite the millions of dollars in investment which has been flowing into Montego Bay, Mayor, Homer Davis says crime remains a worrying concern and is hoping that the newly enacted zones of special operations initiative will provide the required fix.

"I still think that we could see much more investment in our city, but this crime monster that the security forces are struggling to contain is having a negative impact," said Davis, while speaking at the Montego Bay Chamber of Commerce and Industry's Invest MoBay breakfast forum at the Royal DeCameron Hotel in the western city last week.

"I have no doubt that with the measures being put in place, we should start seeing a gradual reduction in major crimes. I am appealing to the citizens to give our security forces all the help they can," he said.

Tourism Minister Edmund Bartlett, who gave the keynote address at the event, which was staged under the theme 'Unlocking the opportunities in tourism - Reviving the Hip Strip', used the occasion to assure the business community that the anti-crime measures were well-intended.

"We are working with the national security ministry to develop a holistic approach. It is through the policy that we are creating these special zones," he said. "The special zone is not about creating penal pressure as it is about social reconstruction and safety and security arrangements," he added.

"So nobody needs to fear this construct, because we as a government have, over time, shown that we have the highest regard for human rights. We have respected that - the right of every citizen. In fact, that is our commitment," Bartlett added.

The tourism minister said the residents of Montego Bay have nothing to fear, as the exercise is designed to expunge this scourge (crime) that has bedevilled the city over recent years.

Based on recent studies, Montego Bay remains one of the most popular destinations in the Western Hemisphere and enjoys the lion's share of tourists visiting the island each year. The tourist resort is also home to more than 70 per cent of firms operating in the business process outsourcing sector, which employs some 22,000 persons.

Louis G. Moreno, the former United States Ambassador to Jamaica, said violence would deter millions of dollars of United States investment that is being earmarked for Montego Bay and other parts of Jamaica.