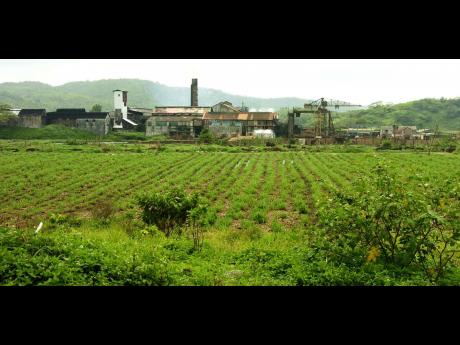 Agriculture and Fisheries Minister Karl Samuda says it could be in the best interest of the sugar sector and the cane farmers in Trelawny if the proposed Arrakis Everglades Jamaica (AEJ) cogeneration facility, which is slated to be sited at Long Pond, and the proposed Trelawny Pride initiative could coexist to the mutual benefit of all.

"It is something that has to be looked at, and they both have our support," Samuda told The Gleaner during a recent tour of the Appleton Estate in Siloah, St Elizabeth. "For Trelawny Pride, it enables small farmers to get together and produce a range of by-products from the cane juice and gives them an opportunity to be the masters of their own destiny without having to rely entirely on an estate being open or closed."

Unlike the cane farmers, however, who are not enthused about getting involved with the Arrakis project, Samuda described it as very exciting with good potential.

"Everglades have a very exciting programme that includes the growth of cane for energy," Samuda said. "They have secured funding, but in order to move that forward, they will have to have a PPA (power purchase agreement) and it has to be on a competitive basis.

"If they are successful, they will be in a position to extend the fields, refurbish all the equipment. There will be employment opportunities (and) we will have the benefit of additional electricity to the grid," added Samuda.

Frustrated at being left at the mercy of an inconsistent sugar sector, the Trelawny and St James cane farmers group announced the establishment of a $100-million multifaceted facility, which would see them manufacturing products from their own canes and diversifying the use of cane lands, all independent of the Long Pond Estate.

Shortly after the cane farmers made their grand announcement, Everglades Farm announced their deal with the US-based Arrakis Development for a US$38-million partnership to transform the Long Pond sugar factory into a cogeneration facility to replace sugar production under the name Arrakis-Everglades Power Limited.

However, with the cane farmers going their own way and the Arrakis development needing their cane to drive the cogeneration operations, the Arrakis-Everglades Power Limited extended an olive branch to the cane farmers, but the offer was flatly rejected.

Samuda believes that, ultimately, it could unfold as a win-win situation for both sides. According to him, the cane farmers' waste or bagasse could be sold to Everglades Farm for their energy project, which could see them earning from both the Trelawny Pride initiative and Arrakis-Everglades Power Limited.