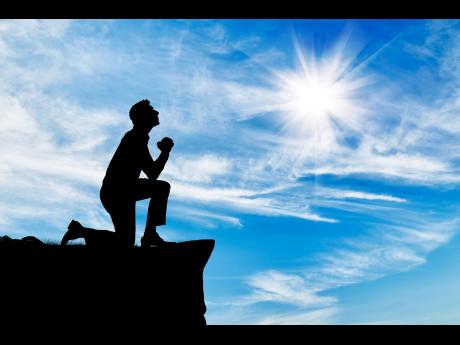 As our nation celebrates 55 years of independence, prophetically there is significance to that number. It represents double grace, favour and jubilee. As a nation, we ought to make use of such an opportunity. We should be way ahead of where we are now in many respects, but we continue going around in circles and in some cases, we may take one step forward but two steps backwards. The nation needs spiritual reform, and from spiritual reform will come spiritual renewal.

Our nation cannot, and should not, continue to look to other countries for their blueprint to fix our nation's problems. There have been many advisers over the years from different countries and we have divested practically everything, leaving the next generation with next to nothing. We need leaders who will not focus on personal legacies, but, instead, make decisions in the interest of the nation. We need leaders to rise up who will empower locals and utilise their gifts and talents for the benefit of the nation's development.

We don't need Singapore's blueprint to change our nation when we have good people with good solutions at home. Jamaica is certainly not short on talents, solutions and ideas. What we are lacking is the will to empower and utilise our own. We are still of the belief that anything that comes from overseas is better, and this has been bleeding the country over the years.

There cannot be economic, judicial or security reforms unless we first have spiritual reform. Where the foundation is cracked and polluted we need everyone, from every category and strata of society, to engage in repentance for spiritual renewal to take place. Then we will see the pouring out of God's Spirit upon the nation, particularly among the youth, who will rise with new visions and dreams and build, one that will fit the culture of our people, and one that is for Jamaica, not for a political party. Unless the feet and the fragments of the nation (that is, the common man and the broken who are being overlooked in society) begin to rise, we will continue to lose out on golden opportunities for our nation.

We need leaders with the spirit of Hezekiah and Josiah, who will themselves rise and enquire of the Lord, who will then reveal to them His plans and purpose for the nation. It is not about a leader's plan, it is about God's plan. Only when a leader or administration seeks the Lord (2 Chronicles 26: 5) then will we truly see prosperity within a nation, because both come from God. Prosperity does not come from natural reform without the spiritual reform. Spiritual reform allows other nations to come to us and give to us, not to take from us or infiltrate us.

Prosperity does not come from outside, it comes from within.

When will we see a leader who is bold enough - not afraid - to call the nation into atonement for change, who will challenge the priests as in 2 Chronicles 29: 3-5 to remove the rubbish from the Holy Place and sanctify themselves?

Call a regular, spiritual Cabinet retreat, praying and seeking God for His intervention and that He will break the political instability that plagues the nation.

When will we see a government that will begin to tithe from the taxes they collect and use it to help the poor (2 Chronicles 29: 24-27)?

When will we see politicians who will deal with the social ills of our nation, and begin to go into the communities and create opportunities to prevent our people from looking into prostitution or other un-Godly activities as a solution?

Fidelity to the Word of God brings blessings. It is time to prepare an inheritance for our people.