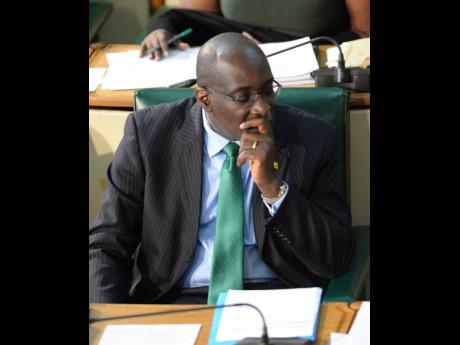 The Ministry of Education,Youth and Information has described a release issued by the St Andrew High School for Girls as ‘misleading in a number of areas'.

The girls’ school was one of the schools Education Minister Ruel Reid declared as being extortionists and corrupt, while addressing a post-Cabinet press briefing at Jamaica House in St Andrew, recently.  `

The school board then issued a release last week saying the minister’s comments were most unfortunate as no communication was made with the school's administration prior to his pronouncements in the media.

In a release yesterday, however, the ministry said several means of communication were employed to have dialogue with the school’s principal.

“ The Board of Management claimed that no communication was made with the school prior to Education Minister Ruel Reid naming the schools as being in breach of the government’s non mandatory auxiliary fees policy,” the release said.

“This is not true. An officer from Region 1 attempted to reach Principal Mrs. Sharon Reid by telephone about the statements in a letter she issued to parents regarding parent support contributions but her phone went unanswered.  Consequently, a voice message was left asking her to get back in touch with the officer.  As a follow up, a memorandum highlighting concerns in the letter sent to the parents by the school’s administration was sent via email for the attention of the principal.”

The ministry further stated that subsequent to a radio interview with the ministry on the non-compliance of some schools with the non-mandatory fee policy and prior to the publishing of the press release by the St Andrew High, dialogue ensued with the principal via telephone on the matter highlighting the concerns of the Ministry as referenced in the memorandum. The principal was advised to check her email for the written correspondence.

The release further said that the letter sent to the parents, signed by the principal, though detailed, alluded to the need for funding to offset the payment of part-time teachers.

“This was misleading as it did not include the fact that $11.4 million was provided by the ministry to cover this cost.  A reminder letter sent to parents also advised that school charges were overdue and implied that students may be prevented from getting certain documents from the school if the non-mandatory contributions were not made. This is in breach of the ministry’s policy.”