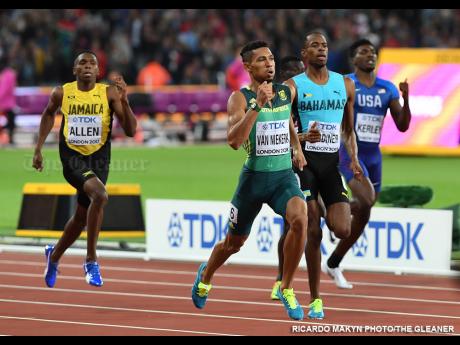 Jamaicans Nathon Allen placed fifth and Demish Gaye sixth in the final of the men's 400 metres final at the 16th IAAF World Championships in London. 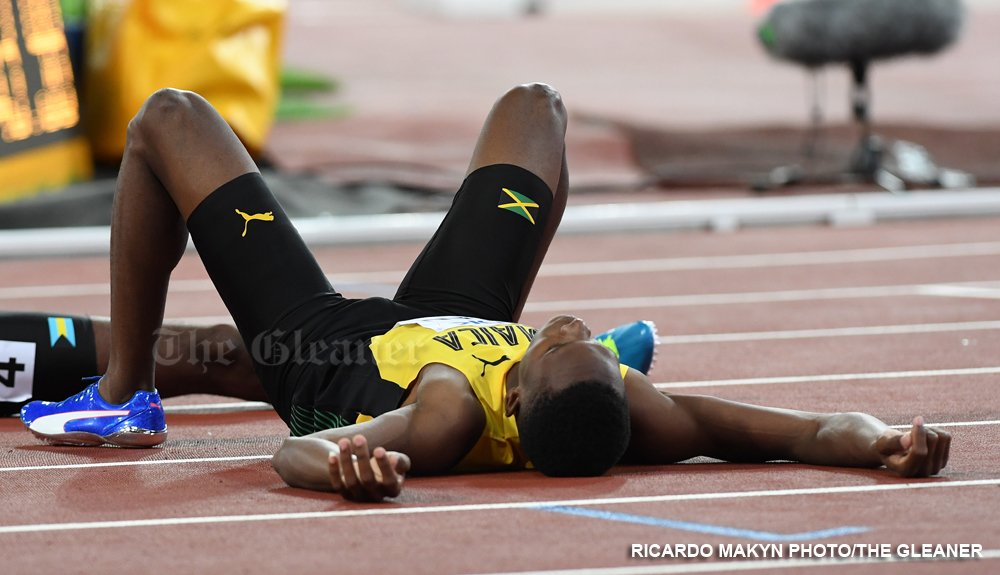 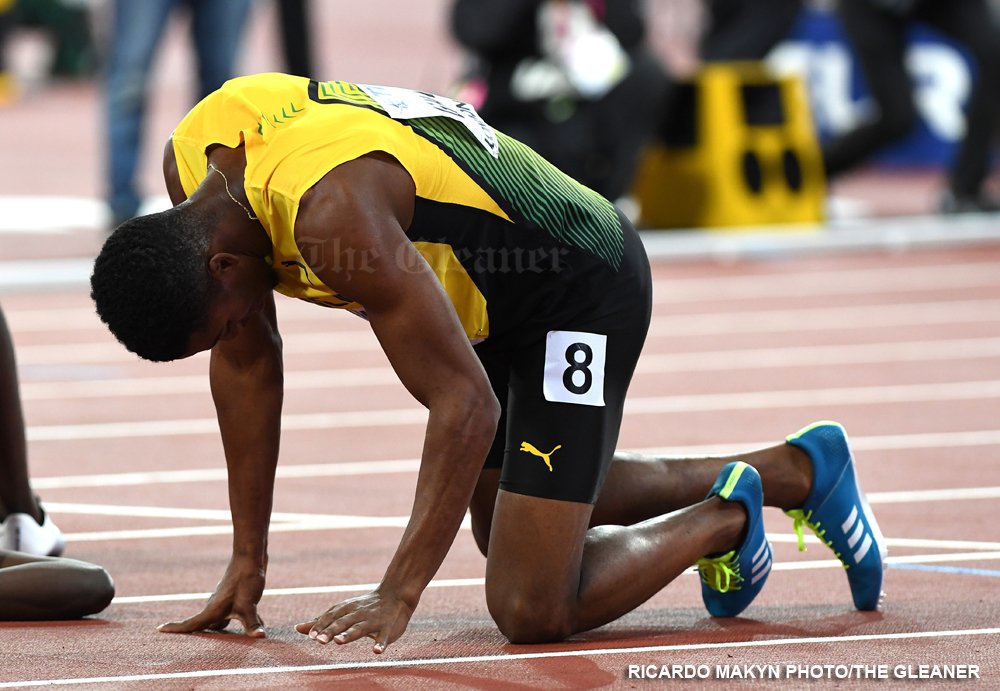