Security Minister vows to track down killer of Meadowbrook student 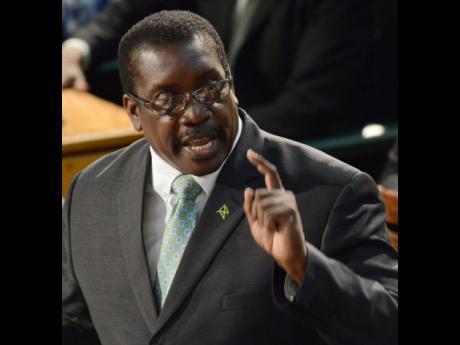 Minister of National Security Robert Montague says the Jamaica Constabulary Force has given the assurance that no effort will be spared to bring to justice the criminals who murdered a Meadowbrook high schoolgirl over the weekend.

Police reports indicate that on Sunday, 17-year-old Micholle Moulton and her sister were asleep at their home in a section of the Arnett Gardens community called Zimbabwe when gunmen fired shots through their bedroom windows hitting them.

Michole died on the spot while her 12-year-old sister, who was also injured in the attack, is in stable condition in hospital.

Montague says the attack must be condemned by all in the strongest possible terms.

He says the incident on the heels of Jamaica’s celebrations of Jamaica 55 is a harsh reminder of the realities Jamaica faces as a nation.

He said the incident also underscores the difficulties the police force faces, detracting from their hard work which has resulted in a five per cent decrease in crime overall.

Montague notes that despite the increased investment in the security apparatus, all will come to naught if Jamaicans do not unite against criminals.

Montague is calling on all Jamaicans to use Micholle’s killing, and the start of the new school year for a renewed push to protect our children.

He's also encouraging adults to form Neighbourhood Watch groups adding that they should band together and monitor their communities.

In addition, the national security minister says parents should tell their children to speak up about any inappropriate advances, and listen to the children.