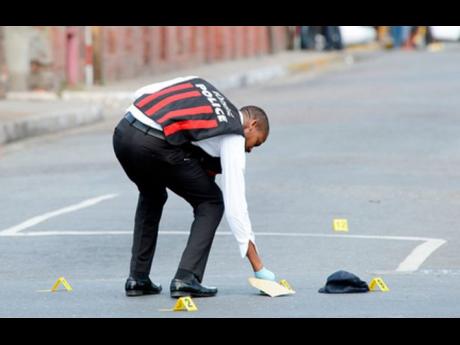 Jamaica's murder tally is almost 900 since the start of the year.

Figures compiled by the National Intelligence Bureau (NIB) show that 893 people have been killed, with June being the month with the highest number of murders.

In June 157 people were murdered, while 138 murders were recorded in May.

Up to Monday, August 7, 26 people were killed since the start of this month.

The NIB says the number of murders so far is 159 or 21.7 per cent more than last year at this time.

The figures show that the highest number of murders – 117 – were reported in the St James division, followed by Westmoreland with 85; Clarendon with 84; St Andrew South, 76; St Catherine North, 75; Kingston West, 59 and St Catherine South, 56.

Last year, Jamaica recorded 1 thousand 350 homicides with the police claiming that 65 per cent of these murders were linked to gangs