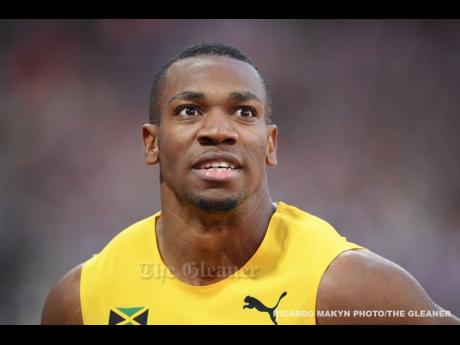 Yohan Blake was placed third in heat two in a time of 20.52

There was more disappointment for Jamaica this afternoon after the two men in the semi final of the 200 metres failed to advance.

Rasheed Dwyer who contested semi-final one placed ninth with a mark of 20.69.

American Isaiah Young won that semi in a time of 20.12 to be ranked first heading into Thursday's final.

Dwyer's compatriot Yohan Blake was placed third in heat two in a time of 20.52 well behind Trinidadian Jereem Richards who won in 20.14.

Is Jamaican sprinting in trouble? Yes, we have to step up."