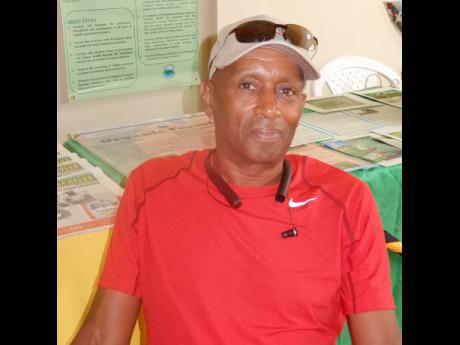 At the 65th staging of the Denbigh Agricultural Show in Clarendon, farmers came to show off the best of their products, but for Santa Cruz, St Elizabeth farmer Derick Duggan, his mission was in finding quality workers to operate his huge 120-acre land.

"It is no joke, I have been actively seeking workers for a long time," he told The Gleaner.

Duggan, who has been traversing between the United States and Jamaica since 2007 said the Duggan Hill farm is ripe for production as a river is close by, several wells, on the property, a lot of springs and a tributary of the Black River forms a natural border between the land and that belonging to the Government.

Duggan said in the six months out of the year he spends in the parish, he planted various crops, including - sweet potato and cassava.

"It was a successful venture, but when I left the island and returned, everything died out as there was no worker to maintain it," bemoaned the farmer.

Part of the problem, he said, is that most of the farmers in St Elizabeth are also doing the same thing and when he does get hired help, the workers have a 'hustle' mentality.

"They will work when they are broke, but as soon as they get some money they are off again," he said.

Duggan pointed out that his inability to find quality labourers has nothing to do with his refusal to pay, as he said he is fair and also offers incentives to them.

Help sometimes comes his way, said Duggan, but not the one he is looking for.

"I don't want anyone who will capitalise on my absence and then there are those who, the minute I am not around, stop working, too," he said.

'Some people don't want to work'

"I don't know what else to do," he said, pointing out that labourers leave Jamaica to go overseas to work, sometimes at meagre wages, and here they have the opportunity to just leave one parish for another, with free accommodation and reasonable wages.

"I can't understand how many are saying we have an unemployment problem and some people don't want to work," he mused.

Sharing his vision for the farm, he said that he was willing to work with someone as a part of the business and build together as it is impossible for him to stay in Jamaica and build consistency.

"Those persons will continue where I have left off," said Duggan, who grew up on the farm and is a past student of St Elizabeth Technical High School.

Duggan, who migrated at age 17, said he now wants to develop the farm and make his contribution to the industry.