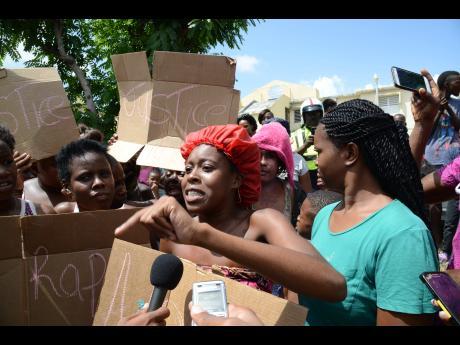 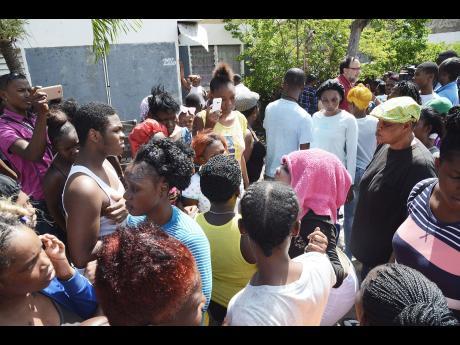 Residents of Zimbabwe in Arnett Gardens, South St Andrew, took to the streets on Tuesday to refute claims that threats of rape led to the murder of 17-year-old Meadowbrook High School student Micholle Moulton on Sunday morning.
1
2

Non-governmental organisation, Eve for Life, says yesterday’s demonstration by residents of Arnett Gardens, St Andrew, in a bid to protect the reputation of their community following the murder of a teenager, is indicative of a devaluation of the life of the young girl.

Seventeen-year-old Micholle Moulton was shot and killed on Sunday while she, and her 12-year-old sister, lay in bed.

The 12-year-old has been admitted to hospital.

Micholle was reportedly shot for refusing to grant sexual favours to men in her community.

However, yesterday, residents rebuffed the reports claiming that no one from the South St Andrew community would have any reason to target the girl.

READ: No rapists here! - Residents of Zimbabwe deny claims of what led to 17-Y-O's murder; call on mother to tell what she knows

Eve for life says the actions of the residents show a callous acceptance of the impact of crime and violence on the individual and on families.

It's calling for communities to take action that demonstrates care and concern for the most vulnerable and to create safe spaces for women and children.

It also wants community members to work with the police and justice system to bring murderers and predators to justice instead of attacking and blaming victims of violent crime.