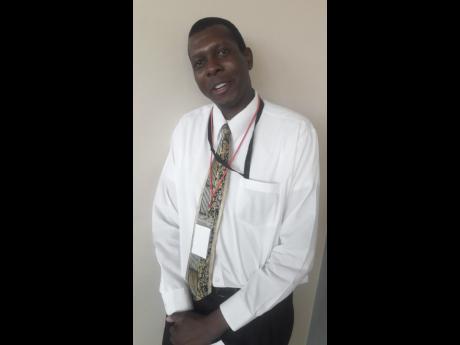 JAMAICA HAS taken some initial steps towards a recalculation of its nationally determined contribu-tions (NDCs) to the worldwide effort to reduce greenhouse gas emissions that fuel global warming.

"We are in the very, very early stages as it relates to the revision of the NDCs for 2020. We are now in discussions with various entities as to how exactly it will be done, the parties who will be involved and what exactly are the areas we will focus on," Omar Alcock, senior technical officer with responsibility for mitigation at the Climate Change Division, told The Gleaner.

NDCs constitute the voluntary commitment of countries that are signatories to the Paris Agreement to pursue domestic climate-change mitigation measures.

Under the agreement, which the island ratified in May this year and more that 120 other countries before that each signatory looks to strengthen the international response to climate change by "holding the increase in the global average temperature to well below two degrees Celsius above pre-industrial levels and pursuing efforts to limit the temperature increase to 1.5 degrees Celsius above pre-industrial levels".

Ambitious NDCs are critical to this effort.

Jamaica is stepping up, as it looks to move the needle beyond its current commitment to mitigate "the equivalent of 1.1 million metric tons of carbon dioxide per year by 2030 versus a business-as-usual scenario.

"This is a reduction of 7.8 per cent of emissions versus business as usual. This target is predicated on the current level of implementation of the National Energy Policy and the existing pipeline of renewable energy projects," explains the island's NDCs document.

To realise its objective, Jamaica is taking stock of more than the energy sector.

"Forestry is one of the areas that is under consideration, and transport," said Alcock.

"And these sectors [were chosen] for obvious reasons: the number of emissions emitted for transport and then for forestry, the level of sequestration (of carbon dioxide) that can be achieved. Those are just two of the many," the mitigation officer added.

In addition to a look at the possible sectors for inclusion, the island has also begun to consider consultants for the job - among them the National Renewable Energy Laboratory (NREL) out of the United States.

"NREL was a part of the team that helped to develop the first NDCs and, of course, with those expertise, the thinking is they could possibly come back again to help enhance the first NDC. But that is still all in negotiations; there are other parties as well who are capable," Alcock noted.

"It is critical that we show we are interested and that this thing is important to us. Even though some might say we are just one per cent of the 99 and the 99 are the ones we need to focus on, that one per cent adds up. So we see it as vitally important to be a part of the process to contribute to development and growth and to the reduction of greenhouse gases because it affects us," said Alcock.

Jamaica and other SIDS stand to be the worse affected by climate change, given their physical location and size, as well as relatively small and/or stressed economies.