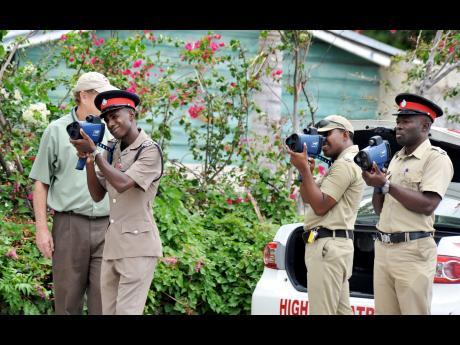 The Ministry of National Security is reporting that in the first three days of the traffic ticket amnesty up to August 4, some $15-million was collected.

The amount was collected from just over 7,000 persons at tax offices islandwide.

The Traffic Ticket Amnesty, which ends on October 31, provides motorists with the option of paying off their outstanding traffic tickets either online, using the Tax Administration of Jamaica’s website www.jamaicatax.gov.jm or at any of the island’s tax offices, which have been outfitted with additional cashiers and security personnel.

During the 91-day traffic ticket amnesty period, motorists will have telephone access to a specially established call centre at 948-0406 or 948-0411 where agents can provide clarification on all amnesty-related matters such as the number of tickets a motorist has outstanding, and how he or she can retrieve misplaced tickets.

The Security Ministry is reporting that since the call centre became active, more than 5,000 calls have been received with queries on the payment process, the matter of outstanding tickets attracting demerit points, and how to deal with tickets that have warrants attached.

The Traffic Ticket Amnesty will allow motorists to pay their outstanding traffic tickets without attracting demerit points. However, tickets that are paid during the amnesty will not be removed from the motorist’s record.  Rather, they will remain on the system, but reflect a paid status.

For motorists who have been issued with warrants for outstanding tickets, special arrangements will be made to clear those.

Once the outstanding amounts have been paid during the amnesty period, arrangements will be made for the warrant to be disposed of at court.

The Amnesty does not apply to ticket-related summonses that are currently before the court, or those that are active.