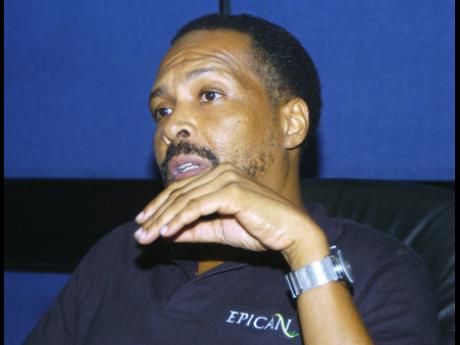 Proponents of marijuana, backed by several studies, have advocated that the herb has many therapeutic uses. Following legislation in April 2015 that started with the passing of the 'ganja law' that decriminalises possession of marijuana under certain conditions, one of the government's main goals has been to create a foundation for a medical marijuana industry.

Epican, an industry leader in the development of advanced super and sub-critical CO2 extraction technologies for phytocannabinoids, terpenes and cannabis-based phytonutrients from the cannabis plant, is one of the companies currently aiming to meet the demands of the growing industry in Jamaica.

According to Dwayne McKenzie, president and co-founder of Epican, the company is investing resources into researching the plant to extract strains for medicinal purposes. From their investigations, they have identified strains with healing properties that can be used for medicinal pills, oils, nutrients, creams, and inhalations, which is a vital part of that industry.

"Our desire to be involved in the industry stems from the fact that cannabis is undoubtedly Jamaica's most relevant product, and while Europe, Israel and the United States are well ahead of Jamaica in terms of marijuana legislation, Jamaica still holds the keys to some of the best bud available on the planet," McKenzie said.

Epican's extraction equipment is supplied through a relationship with MetaCan, a United States company with over a decade of experience in developing novel and proprietary extraction technologies specifically for the cannabis industry.

McKenzie stated that medical cannabis is about personalised and effective medicine.

"It's not about getting high. In Jamaica, cannabis will be produced by licensed producers and distributed to pharmacies like any other medication," he said.

HOW DOES MARIJUANA HEAL?

It is purported that marijuana's healing properties come from its high cannabidiol (CBD) content and critical levels of medical terpenes and flavonoids. It also contains some tetrahydrocannabinol (THC), the molecule that gives the psychoactive effect, which most recreational users are after.

There is still ongoing research as to how far it impacts your health, but to date, it is known that cannabinoid receptors play an important role in many body processes, including metabolic regulation, cravings, pain, anxiety, bone growth, and immune function.

Through traditional plant breeding techniques and seed exchanges, growers have started producing cannabis plants that have higher levels of CBD and lower levels of THC for medical use.

McKenzie indicated that the company will be working with small farmers to cultivate the plants that can be used to extract these medicinal properties.

"Our long-term national strategic interest, therefore, is to ensure the competitiveness of Jamaica's marijuana industry in a world in which suppliers in regions, such as California, will eventually be able to produce high-quality cannabis on a far larger scale than Jamaica," he said.