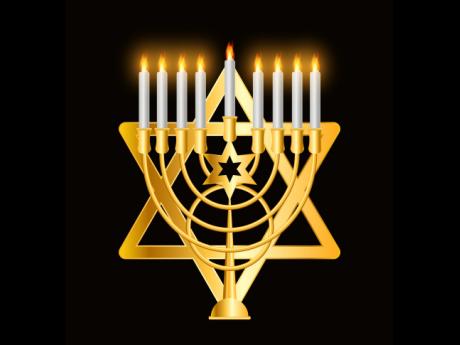 Seven years ago when Stephen Henriques was assistant to Ernest deSousa, the spiritual leader of the Jewish community, deSousa suddenly died. The 12-member board of the United Congregations of Israelites, located at Duke Street downtown, Kingston, asked Henriques to lead services in the capacity as principal layer reader.

The spiritual leader is responsible for the religious (liturgical) matters of the community, such as leading services, handling of all religious events such as funerals, rites of passage, circumcisions, etc. In addition to leading the processes, he helps to organise and coordinate them.

There was a break in Henriques service when a rabbi worked in the role of principal lay reader for three years starting in 2011.  After that rabbi left the island, Henriques was re-appointed. And recently, one Friday evening, Family and Religion visited the United Congregations of Israelites to see Henriques conduct a Sabbath service.

He said he started preparation for the one-hour worship from Tuesday or Wednesday. Every week there is a set portion from the Five Books of Moses (The Torah). That portion does not change, but he would do some research to find relevant information written  by rabbis or other learned men, or give his own perspective, to enhance the service and share with the congregation”.

There is a set order in which the service is conducted, item by item, every week. There is no shift, and he does not find it boring.

“And I tell you why, and that’s a fair question. In fact, every week is enlightening to me. The liturgy, for some reason, gives me a lift, every single week … I look forward to that liturgy creating a connection between me and God,” was Henriques' quick and upbeat response, “And I hope that I can share that enjoyment, that positive attitude that I come in here with, with the congregation so they also have that feeling.”

And what are the challenges that come with such a responsibility? It is all about balancing his nine-to-five job with his non-salaried religious duties for which he is answerable to his board. He might be called away from his regular job to attend to other denominations, he said, anything that requires a liturgical, religious response or participation.

“There is more of it than you realise,” Henriques revealed. He has to interact and interface with other communities, and contact might be on radio, by phone, or by participating in various events. He is required to go elsewhere, outside of his base, including visits to rural parishes. Sometimes to conduct Jewish weddings for tourists who come here to be married.  He also lectures at schools and to other religious groups, and is assisted by other lay readers.

While it is not Henriques’ duty to get people to come to worship, he said that is certainly one of his concerns, in light of his dwindling congregation due mainly to migration out of the country,  for economic reasons. “Anyone who leads a community would wish for support from that community,” he said.

The youth population, he said, is the hardest to get to go worship, and that too is a concern as it is a challenge to get more young people involved. Yet, there are cases of people being converted to Judaism and joining the congregation.“For me, it is the greatest opportunity that I have ever had in my life because it has allowed me to serve my God and my community,” Henriques said upon reflecting on his long-serving role as principal lay reader.