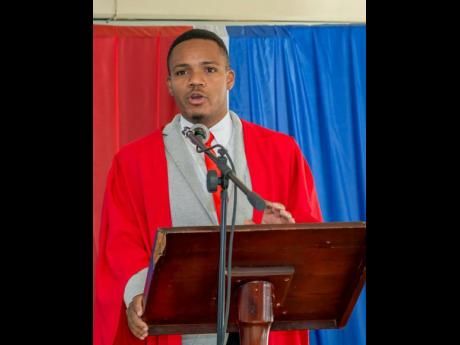 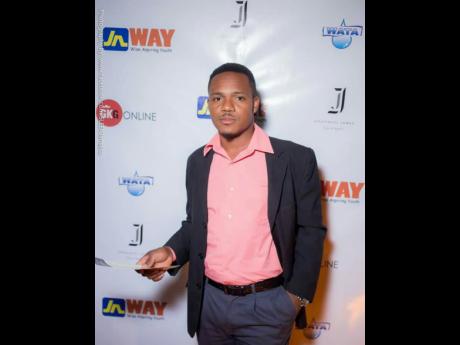 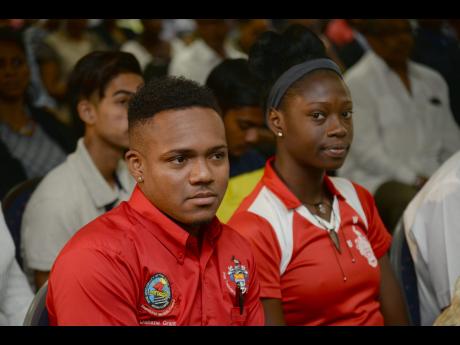 He should never have been a graduate of a high school. The path was clear for him to be part of the statistics that represent juvenile delinquents and high school dropouts.

But at 26, Oshane Grant holds the highest student post at the University of the West Indies (UWI), Mona: guild president. His journey was filled with curves, failures, red lights, and now, success.

Oshane spent his younger years on Darling Street in Westmoreland. At about age four, he moved to the area known as 'Russia', in the same parish, to live in a "one-bedroom board house".

He would soon move again to another one-bedroom board house in the same community.

Stability for young Oshane was hard to come by because soon after moving for the third time, he moved yet again, this time to Strathbogie, approximately three miles from Russia, also in Westmoreland.

That was the first time he was living in a concrete structure. But it would take more than a house built of cement, steel, and block to solve the difficulties facing his family, financial burden weighing the heaviest.

"My mother had no stable job. She used to wash or clean for people. One time, she tried her hand at selling toys ...," said Oshane.

Having lost his biological father at age six, his mother would eventually find love again. She introduced a stepfather into the picture, but that was not good news for Oshane. He called him his "sworn enemy".

His Grade Six Achievement Test (GSAT) earned him a place at the Godfrey Stewart High School, where he attended classes while floating between living with his mother and an uncle.

At the start of high school, Oshane was placed in what he described as the brightest seventh grade with 46 students, only six boys. Eventually, a gang developed among the students in the class. Oshane quickly became an active gang member.

Some of these young gangsters were killed, allegedly by the police, while still registered in school. Others lost their lives in gang-related feuds.

"My friends taught me how to survive," said Oshane. "I used to tuck my shirt into my pants and go into Star Mart and thief two biscuit off the shelf and put in my shirt. That's how I used to survive."

From that, he moved to jumping the fence of the school to leave the compound with friends and classmates to smoke and make jack oil, a mixture of different alcoholic drinks shaken in a bottle.

"After you smoke, you're high for the rest of the day," said Oshane.

After two years in high school, he decided he was no longer interested in a formal education, so he called it quits.

He ran away from his hometown in Westmoreland to settle at his grandfather's house in St. Elizabeth.

A step in the right direction

Then came an incident which Oshane described as his first step towards transformation.

He was approached by a female cousin while reading a copy of The Gleaner. She assumed he was looking at the pictures, suggesting that he was illiterate.

"She thought I couldn't read because I had my ganja spliff," emphasised Oshane.

His cousin pointed out to Oshane that the persons he was smoking with could neither read nor write, and suggested that he should go back to school.

His response was simple, "Bad man nuh go a school." But that evening when he went home, the idea of going back to school was on his mind.

Following his interaction with the lady, the then 14-year-old Oshane started visiting his grand-uncle's wife, who was the principal at the Pisgah All-Age School in St Elizabeth.

Oshane said he petitioned her into helping him with getting back into the school system. During that time, he tried, but was refused entry to the St Elizabeth Technical High School (STETHS) and the Lewisville High School.

At this point, frustration kicked in and he decided to give up but he was finally accepted into the Pisgah All-Age School on condition that he stopped smoking. He did.

Oshane said he searched for a support system in his family since he was making a transformation. some laughed, while others jeered at the fact that he had left high school to be starting over at an all-age institution during what he described as one of the most embarrassing periods in his life.

But every setback has a major comeback. A year later, he sat the Grade Nine Achievement Test and was placed at STETHS.

Getting to STETHS was but another hurdle to jump. Without a strong support system, he was challenged financially.

There were days that he would attend school and did not have the money for food or transportation to return home. His situation got to the point where he boiled a pumpkin which was growing in his yard and eat it with only salt and oil.

Then at 16 years old, Oshane met his 'Good Samaritan', Carlene Smith, a teacher at STETHS, who made a son out of him and introduced him into her family while steering him onto the path of success.

At the end of Grade 11, he had attained passes in 10 Caribbean secondary education certificate subjects and a HEART/NCTVET certificate.

He returned to the sixth form, where he attained passes in nine Caribbean Advanced proficiency Examination units, after which he was accepted to University of the West Indies.

Oshane was also shortlisted for the Prime Minister's Youth Award in Leadership in 2012.

Now, Oshane is looking forward to November when he will graduate with a BA in history and gender and development studies from the UWI.