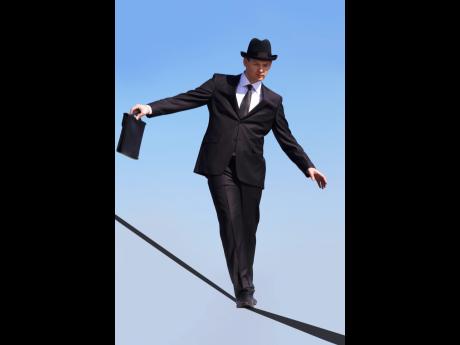 There are concerns that many young Jamaicans are being forced to live precariously and are demotivated in the workplace because of their inability to secure permanent employment.

This is one of several issues the Jamaica Civil Society Coalition (JCSC) will be looking at through its Young Workers Committee, which was launched yesterday as the world commemorated International Youth Day.

Chairperson for the JCSC Young Workers Committee, Natalie James, said the group is concerned that many young people are being employed on contract or as seasonal workers, which affects their ability to properly plan their futures.

"Precarious employment normally comes with a short contract period, for instance, a three-month or six months to a year contract. With these employments, it doesn't permit things like a health card and you don't have the ability to attain loans, and if you can't attain a loan, then it is going to be harder for them [youths] to further their education," said James.

"It places them in a position where they can't move on and there is no way where they can say 'I am going to try to improve my education level and go to, maybe, university to get a degree to promote myself within an organisation', because the facility for that is not provided when you are precariously employed," added James.

The group has also taken issue with what they believe is the misconception that young people can afford to lose their jobs.

"During certain exercises, if they chose to reduce the staff, you find that the persons who are normally affected are the young workers. the misconception that a lot of persons have is that the younger persons have less responsibility, they have less things to do, so it is easier for them to fall back on their feet," James told The Sunday Gleaner.

She argued that some workplaces have failed to do succession planning and, as a result, retired persons are oftentimes called back to be consultants because others are unable to carry on the task.

"That opportunity for the young worker to elevate within the organisation is crippled," she said.

According to James, young people should become members of trade unions that can represent their concerns so they can be treated better in the workplace.

The JCSC Young Workers Committee represents the concerns of workers between the ages of 18 and 35 years.

International Youth Day is celebrated on August 12 each year and is geared towards raising awareness about issues affecting youth globally. This year the day was marked under the theme, 'Youth building peace'.