It’s getting harder to save at-risk boys – Newland-Martin 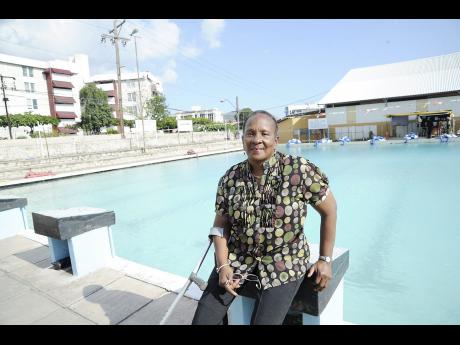 For the last 43 years, Sarah Newland-Martin has been helping to transform the lives of at-risk boys, but the task has been getting more challenging in recent years.

"Each year, it gets harder and harder because we are dealing with students who have dropped out of the system, who have been expelled, some have never been (to school), some have serious behavioural problems," she told The Sunday Gleaner.

Newland-Martin is the administrator and general secretary of the Young Men's Christian Association (YMCA), a non-profit, non-governmental organisation which provides mentorship, educational guidance and skills training for troubled youths through various initiatives such as its youth development programme (formerly the Street Corner Boys) project.

Twenty-nine boys from the programme will be entering high school come September after being successful in their Grade Nine Achievement Test (GNAT), and Newland-Martin is overjoyed.

"It was one of the hardest groups," said Newland-Martin, adding that the academic success achieved by the 29 students helps her to feel that hope is not lost, but the process of getting them to appreciate the value of education takes a lot of work.

"I talk to them sometimes until my throat is dry, trying to motivate and encourage them on why it is important.

"We love them, but Lord, sometimes, believe you me, if you are not careful, you would want to give up, and yet you don't want to give up on them. The fact that they come is an indication that they have an interest in the programme," she said.

Newland-Martin is aware that young men are mostly responsible for violent crimes in Jamaica, so she and her team at the YMCA have worked tirelessly to ensure that the ones under their care do not go this route.

"We have lost a few to violent death, some at the wrong place at the wrong time, and some involved in strange things we don't know, but for the majority that I have had to interact with, they have done well.

"We cannot give up on these youngsters because if it is even one that we are saving, it is better than none at all, and we have saved many."

Newland-Martin said some of the boys were unable to read when they first entered the programme and a few were there for as many as four years before they were considered to sit the GNAT.

Each of the boys is given a stipend by the HEART Trust/NTA and corporate entities like the Jamaica Public Service help to ensure that they are prepared for the new school term by supplying back-to-school items.

"I must tell you that most of them do well," said Newland-Martin while recounting occasions where past students have come back to say thanks.

The organisation has received a lot of support from the police, the Dispute Resolution Foundation and the Child Development Agency. However, she hopes for a better partnership with the Ministry of Education going forward.

"We have been asking for a guidance counsellor from that ministry and we still have not gotten one. I do most of it and sometimes it is very, very difficult, because you not only have the boys, but the parents and they, too, have their challenges," she said.

Newland-Martin noted that many of the boys are being raised by their mothers, as their fathers are either dead, in prison or just do not care.

"To me ... what they are displaying is a crying out for help. Some of them have never been hugged. Some of them, they have such low self-esteem that to be bad is better than being good," she said.