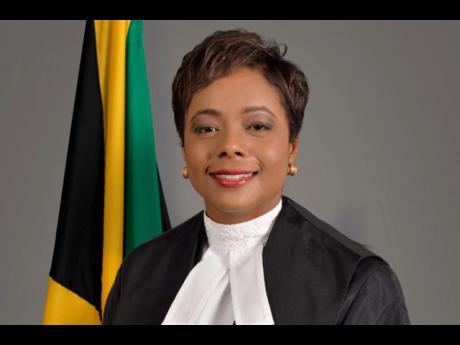 Attorney General Marlene Malahoo Forte says she will be responding to the Office of the Public Defender which is seeking advice on how the government will proceed in light of a police report clearing cops of wrongdoing in the 2010 security force operation in Tivoli gardens.

Last week, Public Defender Arlene Harrison Henry said she had written to the Attorney General about the matter after the Jamaica Constabulary Force (JCF) released its administrative review that was recommended by the West Kingston Commission of Enquiry.

That enquiry, led by three commissioners, had recommended that five cops be barred from leading or participating in future police operations over allegations of dereliction of duty and extra-judicial killings.

But the JCF review panel chaired by Assistant Commissioner of Police Wray Palmer said the named cops did nothing wrong and accused the enquiry of being confused, biased and engaging in speculation.

The Public Defender, head of the Independent Commission of Investigations, Terrence Williams and human rights group Jamaicans for Justice have demanded that the JCF withdraw the report.

However, Police Commissioner George Quallo has said he stands by the findings.

Some 70 people were killed in the 2010 operation and the commission of enquiry said at least 20 could have been murdered by the police and soldiers who led the operation to capture Christopher 'Dudus' Coke.