Not our policy - Grand Bahia Principe responds to 'malicious' letter 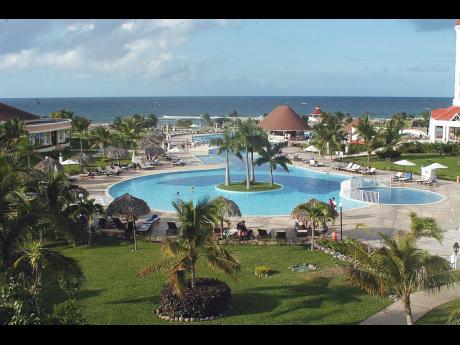 File
Grand Bahia Principe says it is not the author of a letter stating that local wedding photographers are barred from operating on its property.

Officials from the Grand Bahia Principe resort are denying authorship of a note, circulating on the all-inclusive's letterhead, advising guests from overseas that local photographers and videographers are barred from working at weddings on their property in Jamaica.

"This is not our policy; whatever that is floating around out there portending to be from this hotel is untrue, incorrect and malicious," the hotel's social relations manager, Farrah Blake said.

Blake, stated that a responsible business would never issue such a statement to its clients, adding that while the note appears on the hotel's letterhead, Grand Bahia Principe was not responsible for it, as the edict runs contrary to the hotel's policy.

"No hotel in any country would want to do that. It's irresponsible and untrue that we are the author of such a thing," Blake insisted.

The letter has raised eyebrows among local wedding planners, whose association head, Ophellia McKnight, says such a move runs counter to local development.

McKnight told The Gleaner that any decision that would seek to deny Jamaican workers access to a hotel property for any reason was discriminatory and that, if true, could ruin the tourism product.

"I consider it to be a blatant and discriminatory statement, issued by one of these large hotels, which states that no resident/on-island photographer is allowed on property to shoot a wedding," McKnight had said, before the hotel spoke with The Gleaner.

"We would hope it is not so, because it runs the risk of hurting the product that all of us, whether hoteliers or workers, depend on," she added.