Phillips apologises: 'I had no intention to make light of Smith's illness' 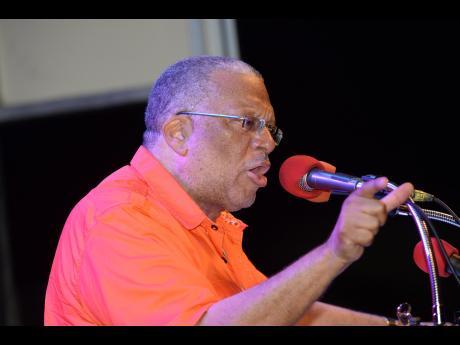 Phillips explains that he simply wanted to highlight the uncertainties of the current political environment.

Opposition leader Dr Peter Phillips has apologised for comments he made Sunday night suggesting the Government’s one-seat majority could soon be affected by sickness.

While at a constituency conference in St Ann North Western, Phillips urged the comrades to get ready as a number of factors may cause the government to lose its majority, including sickness overcoming a member of government.

However, the ruling Jamaica Labour Party (JLP) has taken issue with the statements.

Noting that government MP Derrick Smith was ill for a period of time and was undergoing extensive treatment, the JLP said the comments by Phillips were unfortunate.

This morning, Phillips told members of the media that he’s disturbed by suggestions he was being insensitive to his parliamentary colleague.

He says it was not his intention to make light of the illness suffered by Smith.

Phillips explains that he simply wanted to highlight the uncertainties of the current political environment and the need to prepare for any eventuality.

The Jamaica Labour Party has said Smith is currently in good health and recovering from his illness.

The party had said it was unfortunate that Member of Parliament for South East St Mary, Dr Winston Green, died hours after Phillips made his comments.

Green, who is a dentist by profession, collapsed and died at hospital on Sunday night.