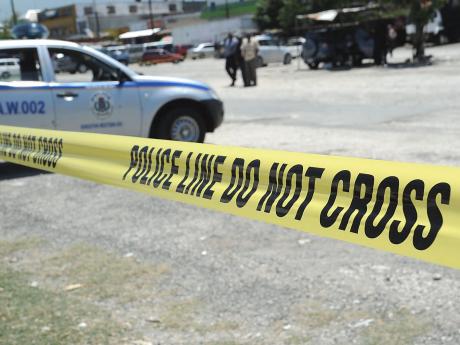 A Clarendon businessman, who engaged two would-be robbers in a fire fight, was fatally shot at a pub in Sandy Bay in the parish yesterday.

A second patron of the bar, a 23-year-old chef, was also shot in the incident.

According to police reports, about 3:15 p.m. 63-year-old Derrick ‘Baller’ Mitchell was among patrons in the bar when two armed men entered and started making demands.

Mitchell, a licensed firearm holder who operated a business in Tollgate in the parish, engaged the men and a shoot-out ensued.

When the shooting ended Mitchell was seen with a gunshot wound to his chest while the other man was shot on his right index finger.

They were taken to hospital where Mitchell was pronounced dead and the chef treated and released.

The police are continuing their search for the gunmen who escaped in a white Nissan Tiida motor car.

Mitchell’s firearm was recovered by the police.