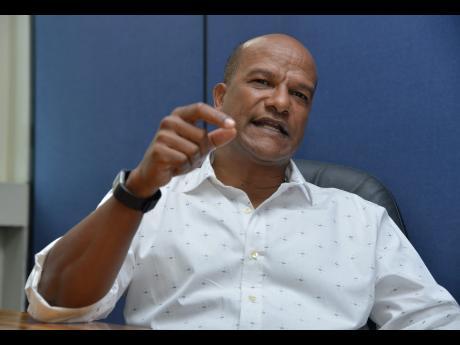 The parliamentary opposition is demanding Minister of National Security, Robert Montague, immediately update the country on the state of the Firearm Licensing Authority (FLA) in the wake of revelations of gun licences being approved for persons with links to illegal activities.

On August 2 the Security Minister announced the resignation of the board and that he had ordered that the FLA suspend issuing gun licences for the next seven working days.

He said over the period of the suspension, the FLA's Chief Executive Officer, Shane Dalling, should provide an update to him on the progress of the National Security Ministry's Assessment Report on the agency.

However, there has been no update from the national security ministry since.

Now the opposition says Montague should speak to the country on the FLA’s continued operation without a Board, the tenure of its Chief Executive Officer and the status of firearm license applications.

Opposition spokesman on national security, Peter Bunting, notes last Friday’s raid of the FLA’s headquarters by the Major Organised Crime and Anti-Corruption Agency (MOCA), which resulted in the operations being suspended.

He says the unannounced raid by MOCA is clearly an escalation of the crisis.

Bunting says the opposition is therefore, concerned that former JLP Councillor, Shane Dalling remains as the CEO despite calls for his removal to allow the various investigations to take place.

He says the Opposition is extremely concerned that no new board has been named by the security Minister to direct the affairs of the Authority, leaving Dalling as the chief person in charge.

He says the government’s handling of the FLA scandal lacks openness and transparency, and is compromising the integrity of the Authority.