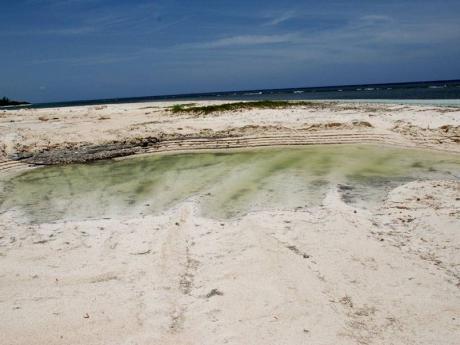 Keith Russell, the owner of Duncans Bay Development Company in Trelawny, is rejecting claims by residents of the Duncans Bay community that his company is illegally mining sand in the area.

President of the Duncans Bay Citizens’ Association, Delroy Boswell, claims that sand is being mined and stockpiled in a protected area under the cover of darkness.

According to him, trucks come into the area around 11 at nights and leave before dawn.

He says information gathered also indicates that sand is being mined from the beach at Stewart Castle and is being transported through a back road and stockpiled at another location.

Boswell says the activities are outside of the terms set out in a permit granted to the company.

Among other things, the licence stipulates that there is to be no mining before 8 in the morning or after 4 in the afternoon between Mondays and Fridays and that there should be no mining during the sea turtles’ nesting season from June to November.

However, Russell insists that his company has been adhering to the terms of the licence, denying any involvement in the alleged illicit sand mining.

Representatives of the National Environment and Planning Agency (NEPA) are slated to tour the area today.

They are expected to give an assessment of the environmental danger to the community following the tour.